Dogs asked to reason with burglars

DOGS are being asked to explain to burglars why they’re letting themselves down.

As new laws are introduced banning dogs from biting intruders, the government has asked them to instead engage thieves in a debate about the moral implications of stealing.

Three-year-old Alsatian Roy Hobbs said: “Apparently I’m supposed to offer burglars a hot drink and then explain to them why they’d be better off doing an apprenticeship rather than nicking the DVD player.

“It’s an interesting idea but on balance I’d rather bite their face off.” 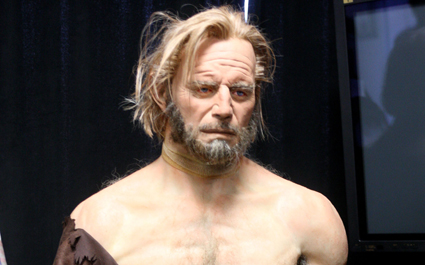 US FIREARMS lobbyists have used a 3D printer to produce a fully-functioning Charlton Heston.

Heston’s vital statistics were programmed into the machine, which was then fed with 86kg of Lego bricks.

An NRA spokesman said: “Charlton was demanding his 2nd amendment rights before it’d even finished printing his mouth.

“However we’ve only done his top half. We turned the machine off when it started making his groin because watching that happen felt very gay.”