DRINKING alone does not deserve its bad reputation, according to solo drinkers already on their second bottle of wine.

Widely viewed as a dangerous step on the road to alcoholism, lone drinkers have countered that argument by calling it ‘stupid bullshit’ and stressed that, based on their personal research, drinking alone is ‘fucking great’.

Nathan Muir, from Solihull, said: “You pick your own music, your own telly, your own drinking pace and nobody’s there to tell you to stop.

“There’s no need to watch the level of the bottle to make sure you’re getting your fair share, because there’s only you drinking.

“And yeah, there’s nobody to talk to, but you know how other people’s conversation gets worse the drunker they get? Yours only gets better.

“Come to think if it,  I might tell some of these bastards what I think of them.”

Men claim every 80s action movie is a Christmas movie 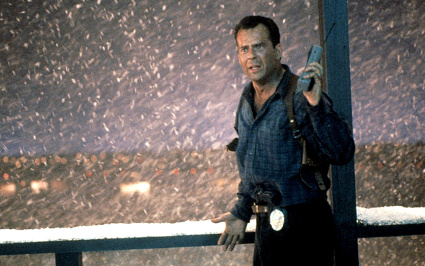 MEN are arguing that every action movie made in the 1980s is a heartwarming seasonal film, not just Die Hard.

“It’s just that being set in the jungles of central America, there’s very little in the way of decorations and the men involved don’t have time to wish each other a ‘Feliz Navidad’.

“But it’s got that Christmassy feel, you know? Goodwill to all men and that. I’m wiping away a festive tear by the end, I don’t mind admitting.”

Other Christmas movies include Rocky 4, in which the climactic fight takes place on Christmas Day, Aliens, where everyone is a bit busy to exchange presents, and Mad Max 2, where Christmas is in summer because it is Australian.

Francesca Johnson said: “My boyfriend told me Robocop was a Christmas movie, but all he was doing was surreptitiously shaking a set of sleigh bells hidden behind the sofa arm for the final half-hour.

“But when he finally shoots Jones and sends him flying out of that window to his death I realised that was the true meaning of Christmas.”