DRIVERS were last night urged to go apeshit crazy, as everything went tits up.

With petrol stations poised on the brink of an abyss, the government was forced to issue an emergency statement stressing the need to completely freak out.

"Why are you all just standing there? Oh my God, I see what's going on here – you've all gone mad! All of you! And I'm the only sane one left! Aaaaaaaargh!"

Ministers said the panic should not be restricted to fuel supplies, urging drivers to completely lose it over anything, including terrorism, rabid animal attacks and Fern Britton's extended sabbatical from This Morning.

A spokesman for the department of transport said: "Oh, it's you, thank God for that. I thought it might have been…. no… no…. NOOOOOOO!

Meanwhile chancellor Alistair Darling appeared on Channel 4 News, screaming at the top of his voice, tearing all his clothes off and using a lipstick to scrawl 'BITCH' across his naked chest. 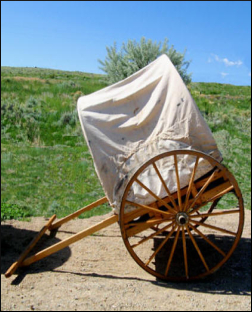 BRITAIN will today pick out a nice, new handcart as it completes its preparations for the journey to Hell.

With everything now worse than it was in 1978, the country is in the market for an economical cart, without compromising on comfort or safety.

Handcart sales executive Tom Logan said: "The journey to Hell will be fairly quick, so luxury needn't be a top priority."

He added: "I'd go for something with plenty of leg-room, but at the same time easy to park.

"The last thing you want is to arrive in Hell, with 15 million screaming kids in the back, and drive round and round for an hour, looking for a space."

Meanwhile Tory leader David Cameron is proposing a points system for access to the handcart, while prime minister Gordon Brown wants to borrow £2.7 billion to buy everyone a handcart of their own.

A senior Labour strategist said: "We think that by the time we get to Hell we'll still have a chance of winning the next election, and voters are going to remember the type of handcart they arrived in."