Drug laws only work on the over-30s

BRITAIN’S drug laws only work against 35-year-olds who have been ground down by years of inconvenience, it has been claimed.

New data shows that recreational users who laughed at cannabis prohibition in their youth eventually find scoring is such a pain in the arse that they give up.

Tom Booker of Brighton said: “As President of the university Hemp Society, I once argued that drug prohibition was irrelevant because it was easier to get an ounce of skunk than a can of Fanta.

“But the truth of that diminishes with age, and if I have to watch Stargate Atlantis in a friend-of-a-friend’s untidy flat for two hours before being ripped off with shitty resin again I’ll turn to smack.

“Which ironically will be even more difficult to buy.”

A spokesman for the Home Office confirmed that drug policy specifies Class B drugs, like cannabis, must have a purchase process so infuriating that any benefits are effectively cancelled out.

Meanwhile Class A drugs like cocaine and ecstasy that are sold to over-30s must involve a long car journey to see a man who keeps bull terriers and opens the door wielding a golf club.

Sociologist Dr Mary Fisher said: “Drug use is like dating. In your 20s, everyone’s doing it for a laugh but by your 30s, the only ones left are people with something seriously wrong with them.”

City to pay UEFA fine with Fernandinho and Jesus Navas 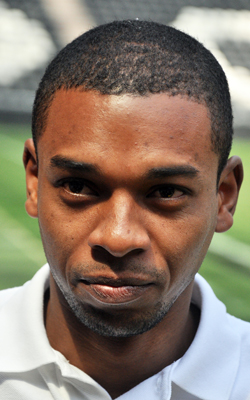 MANCHESTER City have offered two players to UEFA as office administrators, in payment for their £49m fine.

Footballers Fernandinho and Jesus Navas, who would be given lifelong photocopying duties at UEFA’s headquarters in Switzerland, are thought to oppose the move which would damage their international careers.

The pair would join Edinson Cavani of Paris Saint Germain, who was also handed over to UEFA to clear a fine and is currently working as a car park attendant.

Though following Hernan Crespos landmark lawsuit against Chelsea, players can no longer be bisected to pay two separate debts. I believe hes still negotiating to get his legs back from Lazio.

The practice is even beginning to be used in the lower leagues, with QPR manager Harry Redknapp admitting this week that striker Bobby Zamora was taken away by bailiffs as payment for an unpaid gas bill of £439.

Redknapp said: To be fair, he was only part payment. We still owe about £200.