RESIDENTS of the capital have derided the Elizabeth line as yet another transportation failure not good enough for them and their great city.

The line, which runs between two provincial locations no true Londoner would ever want to visit anyway, has already been condemned by busy commuters as ‘too little too late’.

Palmers Green resident Julian Cook said: “So there’s a new line connecting everything from Paddington to Canary Wharf at a cost of £19 billion. And we’re supposed to be pleased, are we?

“How does this help me when I need to get to Bellingham in a hurry? It doesn’t. I’m left with only a Tube network, 700 bus routes, overland rail services, that cable car and Uber to get around. And let me tell you, it’s not enough.”

Jo Kramer of Sutton agreed: “The government’s wasting money on HS2, which serves perhaps three or four hundred people at best, while once again London’s left to just get by.

“I’ve had to cut off all contact with my friends north of the river because it takes me an hour to see them. This Elizabeth line’s total shit just like the Jubilee line was. They owe us another four lines to make up for them.”

Her Majesty Queen Elizabeth said: “Yeah, to be fair, I had a go on it, it’s bollocks.”

Women and black people shocked by accusations of Met incompetence 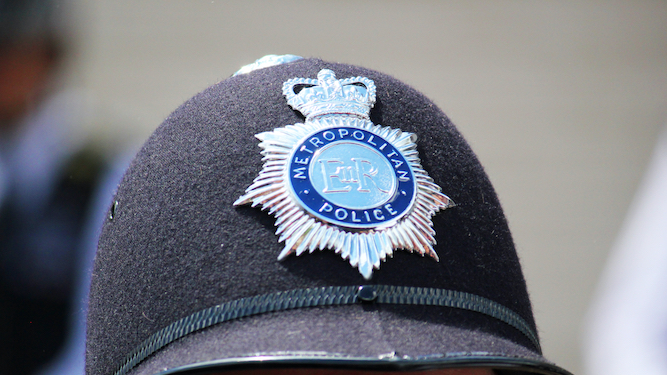 WOMEN and black people have been left dumbfounded after learning the Metropolitan police are unable to arrest the right people.

The revelation that the force did not fine Boris Johnson for illegal parties despite first-hand testimony and photographic evidence has astonished both groups, who up until now had complete faith in the rule of law.

Emma Bradford, a female London resident, said: “When I saw the photos my legs buckled from shock. How could the police make such a basic error? They’ve never put a foot wrong before.

“The police force I thought I knew wouldn’t make an oversight like this. Even when they’re aggressively breaking up a vigil for a woman murdered by one of their officers it was always to protect the public.”

Black man Joshua Hudson said: “This whole Partygate scandal is making me start to wonder if something’s going wrong in the police. Like, perhaps there are bad officers who don’t enforce the law without fear or favour as they always have in the past.

“I almost wouldn’t be surprised to hear of corruption throughout the whole institution, preposterous as that seems. Or even racism.

“I think there should be an investigation. And I can’t think of a better bunch of guys to undertake it than the Metropolitan police.”