THE punctuality of Britain's rail system is directly related to the number of people out of work and not getting the train anymore, it has been confirmed.

Network Rail said the financial crisis had pushed efficiency to an all-time high as unoccupied carriages rattle past ghostly, tumbleweed-strewn platforms without having to stop.

A spokesman said: "More than 90% of trains are now running on time and all because we're no longer heaving thousands of fat, greedy men back and forth to London Bridge.

"We would have had a perfect record, but last week some old grandmother wanted to go to Frinton via Colchester and fucked everything up. We begged her to take the bus."

Efficiency was also boosted after a programme of track improvements that should have been done 50 years ago led to a slight reduction in the number of trains skidding to a halt upside-down in a ditch.

Asked whether cost savings would be passed on to passengers, the spokesman said: "Sure, right after we clean the toilets. Next?"

Bill McKay, director of the Association of Rail Franchise Operators, said: "We are hoping to remove passengers from the business plan by 2014. In the interim we will have to implement gradual increases in the cost of a season ticket right up to the point where it would actually make more sense to stop bothering us and just buy your own train."

Passenger spokesman Julian Cook said: "Most trains are doing what they're supposed to do. Well done. Now can you please stop charging me two bastarding quid for a can of Coke? And as for Richard Branson, I'd do time for that shitheel."

Cameron Pledges Power To The Maniacs 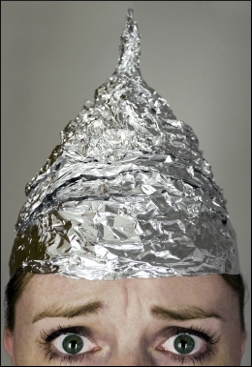 As Mr Cameron outlined plans for armed parish councils, experts said the people he hoped to attract are the same as the people who made you think seriously about moving to New Zealand last year.

The radical reforms will include greater police co-operation with amateur sleuths and a rolling programme of constant referendums giving people exactly the wrong level of control over their own lives.

Local referendums are likely to cover a wide range of issues including banning the blue stripes in stripey toothpaste, a big-budget remake of Bless This House starring Martin Clunes as Sid James and a 'final solution' to the 'Jewish Question'.

Professor Henry Brubaker, of the Institute for Studies, said: "We'll have that unusual man from the Telegraph making speeches about how Lord Nelson should be running the BBC, while Esther Rantzen tables early day motions demanding a fair deal for personal injury lawyers, or holding up pictures of little kiddies that made her cry.

"And then you'll have Terry Waite wandering about the place chained to one of those radiators with wheels in a pathetic attempt to remind people who he is."

Tom Logan, a deeply concerned citizen from Hatfield, said: "The absolute last thing this country needs – and I cannot stress this strongly enough – is my next door neighbour being involved in any form of decision making whatsoever. People will die."

He added: "I don't want power. I've already got a job which takes up quite a lot of my time and then it's the weekend. This is what politicians are for.

"All we really need to do is to make sure those politicians have a mind of their own, have had a proper job at some point in their lives and, you know, aren't thieves."