THE victories of British rowers at Eton’s rowing centre has convinced the college’s largely disaffected pupils that they too can make a success of themselves.

Forced to survive on charitable handouts, Eton College has long sheltered some of the UK’s most alienated, parentally neglected and disaffected young males.

But role models such as Alex Gregory, who took gold in the coxless fours, have given hope to Etonian youngsters that they can ‘strike gold’ in the games of life.

Eton’s careers adviser Denys Finch Hatton said: “Pupils at Eton have always had to struggle with society’s prejudices. They have been viciously stereotyped, in comic strips like Lord Snooty in The Beano and pop songs such as Eton Rifles.

“When everyone is telling you that you’re just some happy-go-lucky twerp in a shiny top hat, it’s bound to affect your self-esteem and life chances. For years, the future looked bleak for most of these kids once they’d left school – bumming idly around Cambodia in gap years, frittering away their trust funds, snowboarding, smashing up restaurants.

“Thanks, however, to the Olympic boost, the boys are buzzing with self-belief – they’re coming to me with ideas of becoming investment bankers, senior hedge fund managers – useful, productive members of society.

“The turning point was David Cameron breaking down barriers to become British Prime Minister. 20 years ago I’d never have dared dream an Etonian would occupy Number 10 in my lifetime.

“Now, seeing how well these rowers have done in their own back yards, there’s no telling what heights these boys might reach. A lot of them are forming indie rock groups, which is great – the more old Etonians there are in the world of entertainment, the more young Etonians will find the courage to emulate them.

“People think of Etonians as the scum of society but they’re a huge resource – they have a wealth of wealth which, given the right encouragement, they can use to make the very best of their lives.” 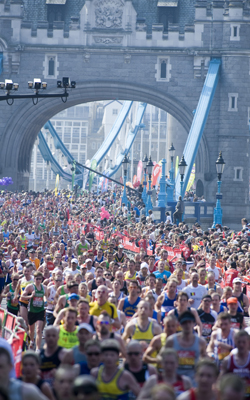 THE New Years Honours ceremony will be held in Londons O2 Arena to handle the sheer volume of recipients, Buckingham Palace has confirmed.

By the end of the Olympics it is predicted that one in three of Britain’s tracksuit owners will be in line for an award, forcing the Queen to host the event in the 20000 capacity stadium.

Other suggestions for knocking out the honours in an afternoon included her majesty jogging down a line of sportists waving a sword over their head, which was rejected over fears of an accidental Wiggins beheading.

Hovering over Buckingham Palace gardens in a helicopter shouting out the awards with a loudhailer was also considered, but was shelved after the opening ceremony made it appear a bit old crown.

Royal aide Denys Finch Hatton said: Weve hired out the O2, which has the added bonus of making us a bit of cash on the side as the extra seating will be sold to the public wholl apparently pay good money to watch these people do just about anything.

The whole shebang is going to be like a Moonie mass wedding but without the insistence on a fanatical devotion to a figurehead and yes, shut up, I know what youre going to say next.

The Queen has hired the glitter cannon belonging to Kiss, which will be loaded with medals and fired out into the assembled fitness types.

The seating arrangements have been organised according to award, with soon-to-be-knights getting corporate boxes and a mosh pit of CBEs at the front.

Gold-winning commuter Chris Hoy said: Getting a medal from the Queen means a lot, even if it’s coming at me as a potentially dangerous projectile.”