Everybody knackered so shut up about it

EVERYONE in Britain have been told to stop banging on about how knackered they are because so is everyone else.

Approximately 98 per cent of the population of the UK is currently telling anyone near them how bloody exhausted they are, and the other two per cent are babies screaming about it.

Steve Malley of Coventry said: “Once, the standard response to ‘how are you?’ was ‘Fine thanks’ then both parties would move on with their days.

“But now everyone’s started replying, ‘Absolutely f**ked mate, slept like a bastard last night’ which forces the first person to say ‘You’re knackered? I was wide awake at 4am’ and before you know it you’re locked into a death spiral of fatigue-bragging.

“We spend an estimated 105 minutes a day on it, time which could be better spent having a lovely long nap.

“The truth is, no one cares how shattered anyone is or how early it gets dark or what you binge-watched or why you’re stressed or when you wake up or any of that shit. Let’s all stop pissing about on Twitter until 1am and get an early night.”

Sleep expert Dr Helen Archer said: “I’ve got all the research for a definitive study about this  phenomenon of mass exhaustion but I’m far too tired to pull it together. Seriously, I can hardly keep my eyes open.” 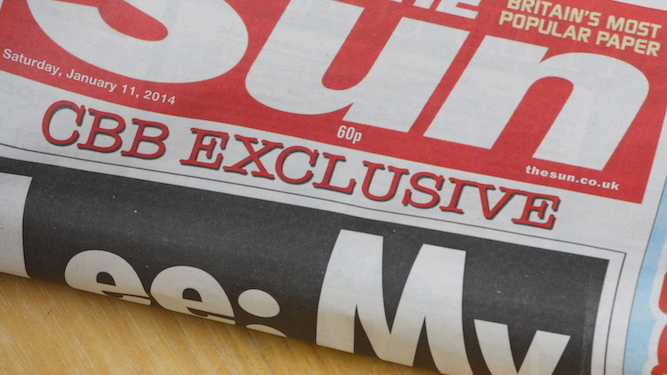 I’M A Celebrity is back to the excitement of a rapidly dwindling number of viewers. It’s hard to believe but this kind of crap used to make headlines:

I’m a Celebrity Get Me Out Of Here

In the early years of the millennium even discerning TV viewers were gripped by the surreal mix of celebs and sadistic challenges like eating a pig’s uterus. The unexpected Peter Andre-Jordan romance pushed Iraq off front pages. Today, nobody would look up from their ready meal if Lenny Henry was being inserted into a crocodile’s anus.

EastEnders in the 80s

Got non-stop press coverage as if Dirty Den and Angie were real people, suggesting the viewers were insane. Capitalising on social issues like AIDS and domestic violence helped, but those happy times have gone and now it’s only realistic if your family all have dark secrets and there’s a local murder every Christmas without fail.

Caused genuine consternation that Derren might actually be controlling people’s minds and turning them into assassins. It actually employed the complex psychological phenomenon known as ‘Doing what you’re told on TV because you don’t actually believe they’ll make you kill someone’.

Who didn’t love real crime that could happen to you? ‘Don’t have nightmares,’ Nick Ross would say hypocritically after a reconstruction of a family horrifically tortured by burglars while getting ready for bed after watching Crimewatch UK.

Frequently made it into the press with reports on innocent Brits being dismembered by Spanish holiday resort lifts, and of course Skoal Bandits. But also made headlines with inane pranks and smutty vegetables that appeared to have tiny cocks or tits. They were happier times.

For an insane few years every series was news, from the contestants’ clever tactics to that one who stuck a bottle up her fanny. The excessive coverage continued long after it became apparent they were dead-eyed attention-seekers who’d do anything to be famous, a glittering crown already claimed by Rebecca Loos for wanking off a pig on Channel 5.