NO diner prefers a slab of black rock to a plate, chefs have been informed.

Food eater Tom Booker said: “Everything about slate is wrong. Chefs should know that I never want to eat something that looks evil.

“I think plates work really well, I like the combination of a flat clean surface with the raised edges that are vital to sauce retention.

“Best of all they do not make the noise of a dragster braking when cutlery is dragged across them.”

Chef Stephen Malley said: “Being a chef, I am a completely unreasonable human being so I don’t give a shit what anyone thinks about my slates.

“I really like The Flintstones, which influences how I present my food.”

Ozil still trying to get hands on World Cup 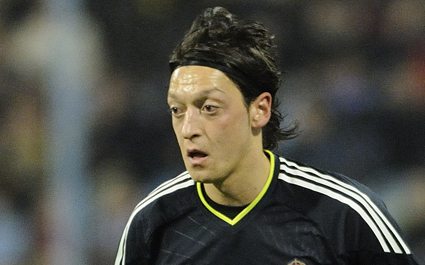 ARSENAL midfielder Mesut Ozil has not yet been able to touch the World Cup.

After Germany’s victory over Argentina last Sunday the trophy was passed along a line-up of the team’s players, but Ozil didnt quite get into the right position for his turn.

While teammates Thomas Mueller and Mario Gotze played around with the cup until they became slightly bored of it, Ozil pleaded to have a go but was drowned out by the PA system.

Trophy minder Wayne Hayes said: He’s still trying but never seems to be in the right place at the right time, even at yesterday’s private cup-touching session that we organised out of sympathy.

On a couple of occasions youd have sworn that any semi-coordinated human being wouldve been able to take the chance to grab it, but it wasnt to be.

I feel bad for him because hes now back at Arsenal and certainly wont be going anywhere near a trophy there.

Many of the players wives and girlfriends, German chancellor Angela Merkel and even Rihanna have been pictured holding the trophy and in each case Ozil is visible in the background, looking bird-like and morose.