Everyone assigned something to worry about

EACH household in Britain will be given a thing to be absolutely terrified about.

It is hoped the millions of bespoke, horrific and totally possible scenarios will keep the population paralysed with fear.

Carlisle taxi driver Wayne Hayes said: We got a letter saying the nearby animal testing centre might accidentally release a flock of baboons infected with virus called ‘shittoids’ and no, I cant stop shaking.

Weve all pitched in to fret about what that would be like, with my wife imagining their drool-encrusted ape faces at the window of an evening, and the kids wetting the bed thinking about having their arms bitten off.

Margaret next door has offered to help but shes pretty busy with the notion of breaking her leg on the stairs and having to lie there until her cats get hungry enough to eat her.

Horrific scenarios have been modified on a regional basis, with the majority of Newcastle assignments featuring forced sobriety and those in Hampshire heavily involving a commoner moving in next door.

An app has also been designed for quick doses of panic on the move, which flashes messages on the phone screen such as No, but are you sure you switched it off? and Maybe todays the day he finds out.

Fearologist Nikki Hollis said: Ive studied the causes and effects of fear for over twenty years and that mole on my hand is bigger than it was last week, isnt it? Oh, Jesus. 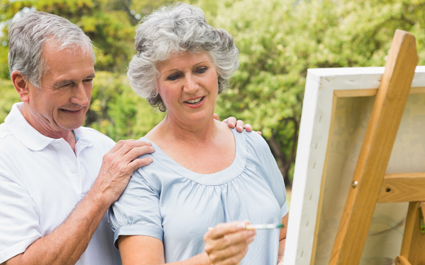 Art industry insiders have warned that unless people in their 60s can be dissuaded from churning out paintings of dogs and landscapes the market will implode.

Gallerist Tom Logan said: “With an ageing population, the UK has more and more retired people exploring the artistic potential they mistakenly think they possess.

“Typically these pictures are titled Bicycles, Family, or Peaceful Beach. Often they are sold at small galleries that are also bistros.

“Exhibitions of retired art are lucrative because relatives feel emotionally blackmailed into buying pictures of themselves, even if the strange proportions make them look like the big guy from The Goonies.

“No one wants to buy good art any more because their houses are already full of pictures by their parents and grandparents.”

66-year-old Mary Fisher said: “I started painting as a hobby but my friends say my vivid use of colours on works like Rainbow and Tree are really eye-catching. Maybe I am the next Picasso.”

“After I’ve conquered the art world I might write an espionage thriller called something like The Dragon Process.