ANYONE who claims to enjoy gardening is a liar, it has emerged.

According to the Institute for Studies, 93 percent who state gardening as a hobby actually hate it and realise it is little more than grubbing about in some filth.

Professor Henry Brubaker said: “Much like 90 percent cocoa chocolate, kale and Scandic crime dramas, gardening is just one of those things people think they should like, because they think it’s all very middle class.

“But it’s shit and they’re wasting their time. Just live in a flat and use your free time to buy stuff from shops.”

Joyce Smith, 43, has claimed to be a keen gardener since 1997, but says she is relieved to finally admit that it is a massive lie.

She said: “All your friends are doing it and so you just join in. It’s actually rather pathetic. Last week I bought 50 litres of animal dung from B&Q. What the fuck is that about?”

All life merely a figment of Leicester fan's imagination 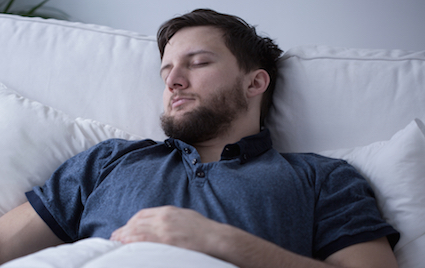 ALL of human existence is the dream of a Leicester City fan and will expire the moment he wakes up.

Foxes fan Nathan Muir fell asleep several hours ago after finishing a bottle of wine and began enjoying a nocturnal, Roy Of The Rovers-type fantasy that his inexpensively assembled team mounted an astonishing challenge for the League title.

A sombre President Barack Obama said: “This is the greatest challenge humanity has ever faced. We may be only hours away from complete extinction.

“For too long we have failed to acknowledge that a world in which Jamie Vardy was top scorer in the Premier League could not possibly be real in any way.

“We must work together to find some way of keeping Nathan Muir asleep so as to prolong our own existence. We must avoid any sudden noises which might wake him up.”