Everyone getting hammered tonight for bad reasons

BRITAIN is to get hammered as usual tonight but for bad reasons, not celebratory, end-of-the-week ones.

Nikki Hollis, from Peterborough, said: “Normally I’m skipping merrily into the land of drunkenness, a carefree sense that none of it matters, but tonight I’ll be lurching there.

“I wouldn’t be surprised if I haven’t killed two bottles of wine by 10pm in my despair, as opposed to last week when I polished off two bottles before News at Ten out of sheer joie de vivre.”

She added: “And tomorrow’s hangover will be a black cloud of gloom clearly revealing that everything in the world is shit. While last week it just seemed like that.” 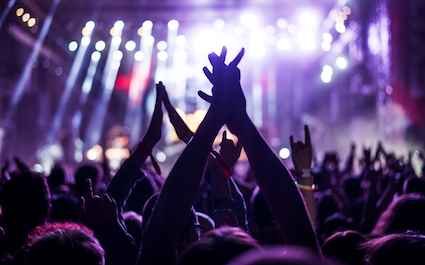 A BIFFY Clyro gig in Glasgow is expected to be the first entirely attended by online ticket-buying bots.

The algorithms, designed to beat clumsy humans to tickets so they can be sold on for an inflated price, have begun to appreciate music and keep them for themselves.

The bots are generally thought to prefer hard rock, jazz and acoustic singer-songwriters to modern pop, which they find too expressionless and mass-produced ‘as if it was made by machines’.

Bot Tom Logan said: “Yeah, after all this time buying the tickets we decided to check some shows out and wow, now we get what all the fuss is about.

“The Biffy gig, which we’re all planning to mosh at, is only the first all-bot one. By 2017 no human will ever attend a gig again.”

Nathan Muir, from Colchester, said: “I was sat behind one of these bots for Paul Simon at the Royal Albert Hall. Just a few lines of cleverly written code, but you could tell it was into it.

“Though there was a twatty one on the balcony that kept shouting ‘Free Bird’, apparently because its code had been corrupted.”