Everyone Now Assuming You're A Kiddie-Fiddler

YOU look like you might be one of them dirty, horrid kiddie-fiddlers, it was confirmed last night.

According to new government regulations you are up to no good and always have this weird look in your eye, you horrendous pervert.

Officials stressed that not only do you have a lot of cameras but you have also been hanging about the school gates, grinning at the first years and touching yourself through the pockets of your grimy raincoat.

Meanwhile it has also emerged that you seem very keen to pick up loads of children from football practice and then take them to Pizza Hut where you will encourage them to order the sexiest toppings and then film them all eating melted cheese.

But last night the newly-formed Independent Safeguarding Authority agreed to tell people that you had probably stopped being an unspeakable beast if you paid it £64.

A spokesman said: "We will give you a certificate that says you are allowed to give up to three children a lift as long as they are all wearing space suits and you keep your hands on the steering wheel where we can see them."

He added: "Now get out of my sight, you repellent creep. I think I'm going to be sick."

The Daily Mash Guide to being vetted successfully:

DO say that children are 'nice', but not 'hunky'.

DO NOT offer round a bag of sweets during the interview.

DO NOT say that your ideal woman is Bonnie Langford.

DO wash your hair and buy a pair of up-to-date spectacles.

DO NOT wear items of clothing depicting well-known cartoon characters.

DO NOT offer anyone a pony. 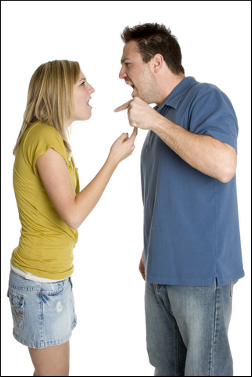 BLAZING, expletive-filled rows, resulting in one partner sleeping on the couch are good for your health, it was claimed last night.

Research by the Institute For Studies found that subjects slept better if the love of their lives was nowhere near them and that provoking venomous arguments could extend life expectancy by at least four years.

Professor Henry Brubaker said: "It's not just about duvet stealing, snoring and toxic flatulence. Sleep patterns improve if a woman can spreadeagle herself across the bed while her partner watches late-night grot channels downstairs with the sound turned down."

Brubaker said his study was prompted after coming home from a Christmas party at 3am stinking of gin and research assistant.

He added: "I crept into bed and my wife immediately woke up, slung my arse onto the sofa and went back to sleep.

"The next morning, after examining various stains on my lab coat I could not furnish an adequate explanation for, she proposed continuing the arrangement until further notice.

"She subsequently went to live with her sister, which was beyond standard experimental parameters, but it has produced some very robust data as she's currently screwing a tennis coach and sleeping like a top."

Nikki Hollis, a housewife from Knutsford, said: "I've had a long day and I could really do with eight hours of uninterrupted sleep so tonight I will be asking my husband if he thinks Kate Beckinsale is prettier than me."