A MAN carrying flowers has prompted speculation about whether he is a sensitive romantic or a lying, cheating sack of shit.

The unidentified male crossed a busy high street while holding a bunch of colourful blooms, inspiring other pedestrians to leap to conclusions about his situation.

“My money is on him either getting caught at a strip club or trying to bang a co-worker. He looks the type. I hate those kind of guys.”

“They’re always going too far, showing the rest of us up. I hate those kind of guys.”

However florist Emma Bradford said: “When he came in earlier he said he just liked flowers and could I suggest something simple and classy to brighten up his house.

“Not an unreasonable request to make of a florist, but even so I just instinctively hated him.”

Man horrified to discover walk 'not to pub' 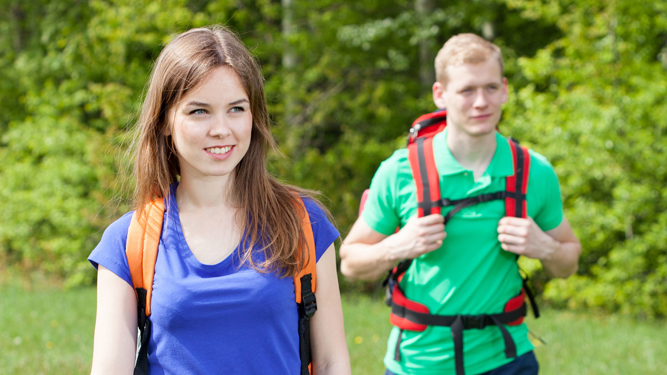 A MAN who agreed to go on a country walk was shocked to discover it did not involve a pub, he has revealed.

Office worker Tom Logan experienced a growing sense of panic as he realised the Bank Holiday hike was a genuine attempt to enjoy nature and not a flimsy excuse for drinking.

He said: “I thought there’d only be about 10 minutes of this trees and flowers nonsense before we got stuck into the beers.

“But after 14 minutes we were still grimly trudging along a footpath in some valley full of streams and fucking dragonflies.

“I started dropping hints about getting a cold drink, but Jen said there was plenty of water and lemonade in the cool bag with the picnic. That’s when the panic set in.

“I kept frantically scanning the fields and saw a building I was sure was a pub, but as we got closer it was clearly just a cow shed. It’s amazing what fear can do to your mind.”

Logan’s alcohol-free nightmare continued for a further two hours, during which he was forced to feign interest in a tor.

He added: “My advice to anyone roped into some sort of country walk is always confirm you are going to a place that sells beer. Get it in writing if you have to.”