Everything just so exciting

EVERYTHING in Britain is now unbearably amazing.

With less then 50,000 seconds to go until the solution to everything that has ever been wrong, doctors declared an epidemic of excitement fever.

Commuter Helen Archer, from Finsbury Park, said: “HERE COMES MY BUS! GO FOR GOLD, BUS! WE’RE BEHIND YOU ALL THE WAY!”

Archer then punched the air and wet herself.

Standing before the constituent parts of his breakfast, Tom Logan, from Peterborough, added: “YOU ARE ALL CHAMPIONS! ESPECIALLY YOU, MARMALADE!”

Logan then composed a violent, expletive-filled letter to Ryan Giggs demanding to know why the Team GB captain did not sing the national anthem and threatening to be only mildly demented in his enthusiasm for the Olympic football team.

He added: “MY EYES FEEL HUGE!”

Meanwhile, experts predict that tonight’s opening ceremony will cause other countries to back away from Britain slowly while saying ‘ookaaay’.

Julian Cook, professor of opening ceremony discomfort at Roehampton University, said: “It will be a celebration of everything that is weird and unsettling about Britain.

“Danny Boyle will open the top of our national head and spray the contents all over the front of the world, like an angry farmer in the midst of a nervous breakdown.”

Over the next fantastically exciting 12 hours, the Olympic torch will bravely defy water on board the Queen’s Jubilee Ultra-Barge, Britain’s cats will unveil their Tribute to Victory and at twelve minutes past eight Big Ben will start ringing and it will never stop.

Professor Henry Brubaker, from the Institute for Studies, welcomed the launch of the games, adding: “They will provide a fevered world teetering on the brink of economic collapse with a much-needed dose of petty nationalism.

“Now let us all make colourful banners to encourage a bunch of dreary, self-obsessed show-offs who could not give a fuck about our support.” 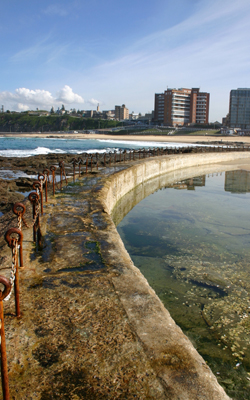 THE government plans to bulldoze Newcastle while the nation’s attention is on the opening of the Olympic Games.

The top-secret scheme, codenamed ‘Operation Biffa Brown Ale’, was revealed in a leaked memo last night and will see the economically-challenged city razed to the ground, then replaced with a llama park.

An extract from the document reads: “We are talking about a city of woebegotten, boat-greeting lard addicts who as a species very probably only crawled out of the sea about 120 years ago.

“They will have 45 minutes notice to bundle together their belongings – in which shirts do not figure highly – then go find somewhere else to infest, preferably North of the border or beyond.”

The government had planned to save some of the more interesting features of Newcastle, but has since decided to trash the lot.

Special advisor Eleanor Shaw said: “Actually, all you’re left with once you’re razed the useless bits is that bridge. And when all’s said and done, it’s just a fucking bridge. Might as well bury that too.

“What’s the point in being in Government if we can’t make a difference?”

Emma Bradford, head of the Newcastle Tourist board said: “No one has consulted us about this scheme, which many in Newcastle will find quite offensive.

“We have a great deal to offer here, including multi-storey car parks which are the equal of any in London or Birmingham.”

Despite growing evidence to the contrary, David Cameron continues to deny the demolition plans. He said: “These ideas are very much at the think tank stage, there are no immediate plans to bury Newcastle in its own soil, rubber and cesspipes – however noxious and overflowing they might be.

“I would advise everyone in Newcastle to just keep their eyes glued to the telly this evening, although if they should notice the ground shaking it’s probably best to embrace the Olympic spirit and run.”