THE misuse of ‘Orwellian’ risks making the adjective utterly meaningless, experts have warned.

Academics believe that people who have never read 1984 or Animal Farm are using the term to describe absolutely anything they dislike.

English professor Julian Cook said: “The word ‘Orwellian’ refers to totalitarian control of the individual by the use of propaganda, surveillance and violence. It is nothing to do with having to put your recycling out.

“Similarly, speed cameras are not ‘Orwellian’. Winston Smith does not spend 1984 trying to weasel out of a £75 fine for doing 70 on the A12.

“Even CCTV isn’t really Orwellian, because merely being filmed in public does not result in you having a cage full of hungry rats put on your head.

“It’s also incorrect to use the term to describe anything loosely connected with the state. People may not like the licence fee, but I suspect having to cough up £145 to see Doctor Who is better than living in North Korea.”

Professor Cook added that Orwell would not have seen ‘political correctness’ as Orwellian, and would probably not have considered the right to use words like ‘bird’ and ‘poof’ as a valuable freedom. 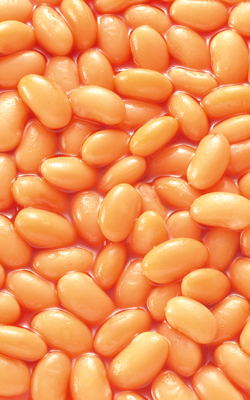 AppleMart’s flagship product is a tin of beans with an intuitive ringpull and tomato sauce that connects the consumer’s tongue to a range of social media.

The store occupies a vast warehouse space but only has six products including the beans and a tiny green ball called an iLettuce, which are displayed on perspex plinths.

Apple acolyte Nikki Hollis said: I paid £30 for a trolley but after reading the terms and conditions it appeared I wouldnt get that back.

“They then said if I wanted to browse the bread aisle I needed an upgraded trolley that cost another fifty quid.

“But the kids have said they’re fine with having less food if it means they’re part of a cool brand.”

AppleMart will be promoted by a TV ad campaign featuring silhouetted dancers holding up rolls of bin bags and jars of mayonnaise.

Home shopping customers have been advised that groceries scheduled for delivery tonight are delayed until mid-November while Apple irons out a loaf bug that has caused some bread bins to explode.