FACEBOOK is better than sex if you have never had sex or have been doing it very badly.

As a new study found that social media is distracting people from having intercourse, experts stressed that you may have been trying to do it with your elbows.

Professor Henry Brubaker, of the Institute for Studies, said: “Go back to basics and just try being naked with another human being while deploying the more obvious parts of yourself.”

Emma Bradford, who has not had sex since she told everyone about it on Facebook two years ago, said: “It did not go well so now I spend most of the day watching my feed to see if anyone else has had sex. They have not.”

Bradford’s friend Jane Thompson said: “I’m too worried about money to have sex. I recently bought an iPad Air so I can tell everyone that.”

Professor Brubaker added: “Perhaps you could have a transitional arrangement where you have sex while swapping your worthless, ill-informed opinions and then, at the moment of climax, you compare each other to Hitler.”

Independent Scotland to have a Jacuzzi 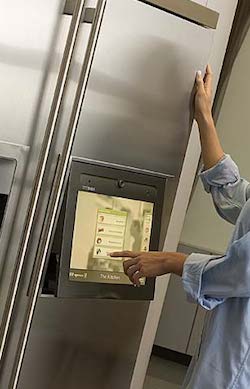 AN independent Scotland will have a spa bath, state-of-the-art multi-room audio and an intelligent fridge.

Setting out its blueprint for independence, the Scottish National Party said the country would be fully-loaded with the sort of optional extras that will make England ‘question its life choices’.

First Minister Alex Salmond said: I had my first Jacuzzi last year. It was fantastic and I thought if we are going to do independence properly we are definitely going to need one of these.

“It was so bubbly and warm. Honest to God, I literally had to be dragged out of it.

“Four big guys – half an hour. I was clinging to the handles.”

He added: “The sound system will be amazing. It means we can have the same song playing in every single room in Scotland at the same time.

“The guy from the shop said its much cheaper if its part of a new build. He said it gets pricey if you have to retro-fit it.

“I didnt ask what that meant.”

Salmond said that, unlike the opponents of independence, he has never missed an episode of Channel Fours Grand Designs.

He continued: “What I learned was that its all about the budget. Kevin McCloud is always telling people to spend way more than they can possibly afford, otherwise they will regret it for the rest of their lives.

“Im not saying we wont have enough money, Im saying were going sell all the nuclear submarines to Brazil.”