A FACEBOOK lunatic is happy for everyone to know where he works, it has emerged.

Wayne Hayes, who does not bother with privacy setting on his social media account, regularly posts his opinions on immigration, crop circles, fluoride, his ex-wife and his job.

Visitors to Hayes’ profile immediately learn that he is Customer Care Manager for the Tiverton branch of a mid-sized consumer electronics store, before being offered a litany of insane beliefs and sackable offences.

Hayes said: “I tell it like it is, whether it’s how Muslim scientists made crop circles to distract us from their nefarious schemes, or how I hate my job and think my line-manager is a filthy pervert.

“And if I’ve sold you a piece of shit hi-fi cable you’d better believe I’m going to be telling my Facebook friends and tagging you in the post.

“What are you going to do about it, get me fired?” 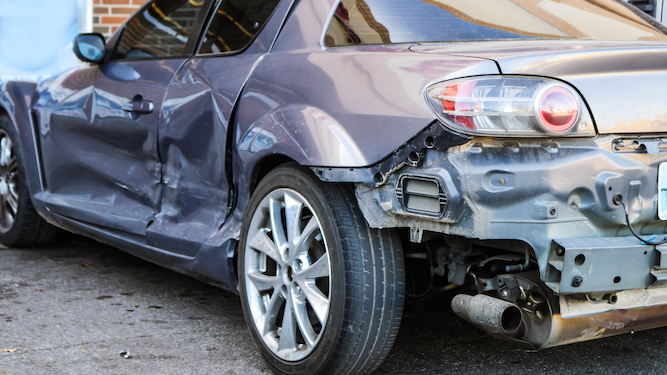 A NON-DRIVER has slammed the passenger door of their friend’s car so hard that the car has been written off.

Tom Logan, who does not hold a driver’s licence, thanked friend Joe Turner for giving him a lift home then closed the door with approximately 65 kilonewtons of force, shattering its windows and terminally twisting the frame.

Turner said: “It was like being at the epicentre of an earthquake. I saw the door buckle then felt the waves of force hit, the windscreen exploding, the car rocking back so hard I thought it would flip over.

“As my left eardrum burst I tried to ride the wave, conscious that if I failed to move with the car I could break every bone in my body. I was lucky enough to escape with only minor fractures.

“I sat in the mangled wreckage of what used to be my car, broken pieces of metal hitting the floor, and just managed to hear Tom say ‘Ooh sorry, was that a bit hard?’”

Logan said: “Well I’m sorry if I don’t know the correct way to close a car door. I don’t drive.”