Failing schools asked how you mess up colouring-in

HEADMASTERS of failing primary schools are to be quizzed on what is so difficult about three-piece jigsaws.

As 200 state-funded crèches had the word ‘academy’ hastily painted above the door, ministers insisted something was finally being done about children who are unable to count higher than their own age.

A spokesman for the department of education said: “Once the painters have left we’ll be popping inside to ask the teaching staff whether they can write the word ‘unemployed’ using joined-up letters.

“After that we’ll be testing their basic numeracy skills by asking them which they think is the bigger number – the pay packet they receive for popping on a Barney the Dinosaur DVD and having a bit of a kip or Jobseeker’s Allowance.”

The scheme was proposed after tests showed that one in three pupils responded to the question ‘What is the capital of Britain?’ by soiling themselves.

A spokesman for the National Union of Teachers, said: “If you think I’m going to respond to this by trotting out the usual mantra of ‘training’ and ‘more money’ then it shows you’ve been paying attention and can award yourself a gold star.

“Do you ever stop to think how we feel having to spend all day with these cretins? Perhaps that’s something for you all to consider when we’re on strike.”

Officials said that if the current renaming scheme fails, the government will continue to rebrand primary schools on a fortnightly basis with options including ‘Laboratoire’, ‘Duncetaria’ and ‘McThickies’.

SuBo musical to include s&#233;ance, dressed-up cats and a bloody good cry 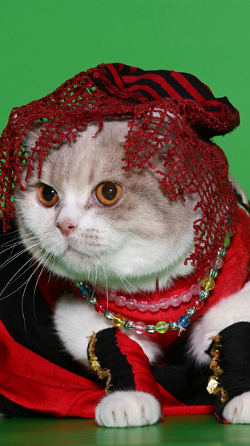 PRODUCERS of the Susan Boyle musical have promised it will be the perfect night out for a certain kind of person.

The lavish stage production, based on the life of the remarkable little Scottish woman, will include a 45 minute séance led by Living TV’s 14th best medium, a spectacular cat fashion show and the opportunity for everyone to have a really good cry about stuff.

The show will tell Boyle’s rags to riches story through a series of powerfully emotional songs that everyone will be encouraged to join in with.

Meanwhile, in a bid to create a tidal wave of pre-menopausal hormones, selected audience members will get a chance to speak to a dead relative through an amazingly accurate middle-aged man wearing too much hair gel called Brian.

The audience will also be encouraged to enter their own cats in the fashion show with the winner being allowed to make a tearful speech during which they will compare themselves to Ms Boyle before fainting dramatically.

Producer Stephen Malley said: “We want the audience to feel at home so we’re inviting everyone to bring a flask of tea or a bottle of Baileys, as well as whatever brand of chocolate biscuits they routinely devour.

“They will also be allowed to keep their mobiles on so they can give constant Facebook updates and phone each other during the show to compare notes on the cat costumes or just cry as loudly as they can at each other.”

Malley added: “Some people will say that rooms full of women believing they are talking to dead relatives has got nothing to do with Susan’s amazing success, but we would argue that it has absolutely everything to do with it.”