Failure with opposite sex re-branded as celibacy

A 36-YEAR-OLD man has decided that his inability to find a sexual partner is actually a spiritual decision to remain celibate.

Carpet fitter Tom Logan has not had sexual intercourse since 2008, despite a series of failed dates.

However he has now decided that he is in a period of being deliberately non-sexual for reasons of personal growth.

He said: “I didn’t even realise I was celibate, but now it seems so obvious.

“On a superficial level I was quite keen to have sex, even becoming quite obsessed with certain women and spending entire evenings looking at their holiday pictures on Instagram.

“But deeper in my subconscious I had decided that celibacy was the right path for me. I had to learn to love myself as a non-sexual being, like Russell Brand or a Tibetan monk.

He added: “I recently had a moment of weakness where I asked out Suzanne from accounts, but funnily enough she is celibate too.”

Everyone has a relative who 'can get you any car' 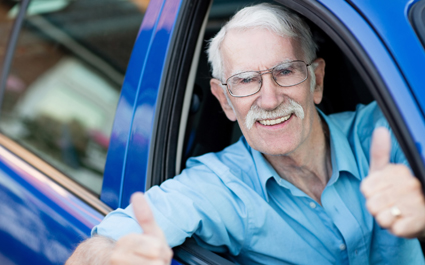 ALL Britons have a male relative who can get them any second-hand car, it has emerged.

Researchers at the Institute for Studies found that all families include at least one ‘car-getter’, who is usually called ‘Uncle Steve’ or ‘Roy’s cousin Pete’.

Teacher Stephen Malley said: “I got my last car off my dad’s cousin, who pops up bi-annually at family barbecues and always mentions that he can get you any car you like, right down to choosing the year and the colour.

“It’s not clear where the cars come from, it’s some sort of auction. I’m fairly sure it’s legitimate, or at least semi-legitimate.”

Post office work Mary Fisher said: “Come to think of it, we always get our used cars off Roy’s cousin Pete.

“Every two years he just turns up at the door with a blue hatchback and asks if we want to buy it, but says it’s no problem if we don’t. He never specifically asks for payment in cash but it is an unspoken rule.

Professor Henry Brubaker of the Institute for Studies said: “Car-getters are not exactly dodgy, just odd. They always claim not to make a profit on their car transactions.

“Really we know very little about the car-getter and his spiritual connection with used vehicle. Maybe car-getters were abandoned as babies then raised in a forest by a family of wild Fiat Unos.”