A MAN’S fight to end his gym membership continues despite an elaborate scheme to fake his own death.

Tom Logan, from Hatfield, signed up to his local gym on January 2nd and has been trying to cancel his membership since January 4th.

Logan said: “After a pointless attempt to cancel the direct debit, I set fire to my membership card but the next day another card arrived in the post. I hadn’t even told them.

“Eventually I staged a boating accident. I bought a small sailing dinghy and blew it up just off the coast near Hastings.”

He added: “All my friends and family thought I was dead. It was incredibly traumatic for them, but I thought it would be worth it in the long run.”

Gym manager Wayne Hayes said: “If Tom looks at the contract he’ll find that death would not have ended his membership anyway. We have a wide range of classes for members who are no longer alive.”

'But he was my black friend' says Cameron 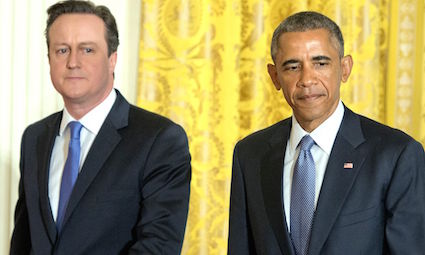 THE prime minister has admitted feeling bereft after criticism by his only black friend, President Obama.

David Cameron, who frequently refers to “my friend Barack, who’s black” in conversation with cabinet members, says he feels he has lost a lot of credibility.

He continued: “The thing about having a black friend is, not only does it mean you’re not racist but it opens your eyes to other cultures. I’ve listened loads to this Kendrick Lamar album he turned me onto.”

Cameron added: “I thought bombing Libya was something we were both into, uniting black and white, but suddenly it was all my idea and he only went along because of peer pressure.

“Where am I going to find a new one? I don’t meet many black people, because of my job.

Cameron later declared the rift had been healed when he received a text from the President reading “sorry lol” with a smiley emoji.