FAMILIES have joined together to sing jolly little songs about the time a man was brutally nailed to a cross.

The annual sing-song also features catchy numbers about corpses rising from graves, lots of blood and the blessed mercy of unknowable, omnipotent beings.

The Reverend Susan Traherne said: “All the kids have drawn lovely pictures of Our Lord and Saviour up on the cross, where he died in agony.

“They narrated his journey to betrayal and the tomb, then we did some really uplifting songs about how the tomb could not hold him and he rose again and went to see all his old mates who’d lied about him when he was dead.

“After that, which is the true meaning of Easter, we all go on a fun little hunt in the churchyard to find chocolate eggs. It’s what Jesus would’ve wanted.” 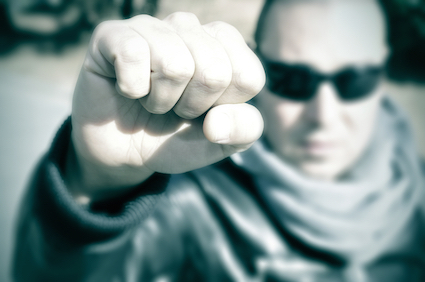 MIDDLE CLASS people will spend the summer protesting about things to prove they are not typically middle class.

Marching while wearing hats with ear-flaps and singing Joan Baez songs has replaced attending music festivals, after middle class people realised the events had been overrun by the middle-classes.

Janet Fisher, a ceramicist from Stroud, said: “I’ve stopped going on about the time I went to Latitude and almost took some magic mushrooms and instead have unfurled a banner outside the library that says ‘Right Wing Newspapers Are Just Awful’.”

Roy Hobbs, a solicitor from Goldalming, said: “It can get a bit rowdy at these things, especially when the socially disadvantaged get involved, so we’ve organised a special section for ourselves – a bit like the Wild Copse at Bestival.”

He added: “At the recent refugee protest we all brought flasks of ‘builder’s tea’ and home-made pecan flapjacks.

“Typical middle class people wouldn’t have liked it at all.”