A FATHER-OF-TWO has told his children that instead of a novelty tie or beer mug he would prefer the cash equivalent this Father’s Day.

Tom Logan has advised his two sons that while he appreciates their efforts in buying him a gift, they need to recognise that they are failing to meet expectations.

“Or the year before, when you presented me with a hand-painted money box to save pennies in. Daddy doesn’t need a money box. Daddy has a bank account.

“I really appreciate you saving up your pocket money to get me something I’ll enjoy, but the fact is that money is being wasted.

“This year, I’d rather just have the £10 to spend myself. I think we can agree that’s best practice.”

Wife Claire Logan said: “In future, we’ll suspend their pocket money for June and I’ll bank transfer that over to Tom.

“It’s no more than reward he deserves for being such a great dad.”

London commuter plans to return to city at weekend 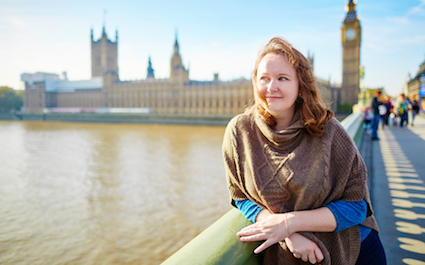 A REGULAR commuter to central London has outraged her partner by planning to return to the city tomorrow for leisure purposes.

Helen Archer of Enfield claims that even though she has already endured ten train journeys to and from central London this week, totalling seven hours of travel, she will do the same tomorrow merely to visit an art gallery.

Boyfriend Joseph Turner said: “I asked her how much she was looking forward to a weekend doing nothing at home, the greatest luxury any Londoner can imagine, and she came out with this madness.

“She actually plans to leave the house, get on board a train and visit one of the greatest cities in the world rather than cowering away in our one-bedroom flat binge-watching Netflix.

“What next? The theatre? Soho’s famous bars and nightclubs? Strolling across the Thames, taking in views of the city on a beautiful sunny day?

“She’s not a real Londoner if she does this, and she never was.”