ALL women working in science have jacked it in to become bishops.

Responding to news that she could become a cult leader, microbiologist Mary Fisher said: “I’m so out of here.

“Learning about things that actually exist is ok I suppose, but it’s always been a second-best to wearing a big hat and banging on about a wrathful imaginary being.

“I’m just happy that I can finally reject rational thought and embrace an archaic ghost-based belief system that has rejected me for centuries.”

Astronomer Nikki Hollis said: “Like all intelligent people, I really wanted to be a bishop. But I was thwarted by my evil vagina.

“I’m so excited about this career change, studying the natural laws of the universe is dull because you are limited by reality and discouraged from behaving like a nutcase.

“Bring on the supernatural!” 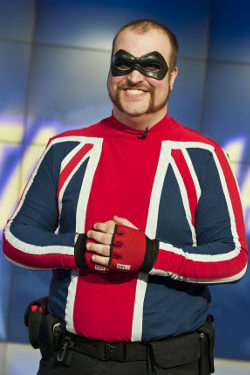 THE prime minister has announced that £1.1 billion is to be spent creating a major British superhero. The superhero will also have a bumbag to carry his stuff

David Cameron bolstered the defence budget to create a functioning superhero, with powers including but not limited to flight, super-strength and at least one fatal weakness, by 2019.

He said: The US has the Avengers, Superman and the X-Men. But if a Galactus, a Darkseid, or a Krakoa, The Island That Walks Like A Man attacks us we are defenceless.

In the 1980s of course we had The Iron Lady, that immense mechanoid which beat Godzilla to death on the Falkland Islands.

But our only hero in recent years was Captain Britain, a cheap cut n shut of Arthurian legend, the Union Jack, the House of Lords and Stonehenge that only a UKIP councillor could love.

Potential heroes will be exposed to gamma rays, bitten by radioactive spiders, or just soaked in chemicals and electrocuted repeatedly.

And in a long-term initiative to move urban policing into the private sector, billionaire couples are being shot dead in front of their children.

Alex Salmond responded by promising that an independent Scotland would have a shortbread-wielding superhero of its own.