Cole marriage ‘perfect’ because they can’t understand each other

CHERYL Cole has described her marriage to a Frenchman as ‘perfect’, because they have no idea what they are saying to each other.

The Newcastle-born pop star revealed her new husband speaks fluent English and that eventually she hoped to learn the language too.

She said: “Cozzee’s leek French an aal that, weez can mebbies have a lovely blaa oot in yenothem fancy food places wi’oot us havin’ to give him a dunsh.”

Cole’s husband, Jean-Bernard Fernandez-Versini, said: “One day I hope to find out what that meant, but in the meantime, isn’t she absolutely ravishing?”

99 per cent of Ramones t-shirt owners not upset 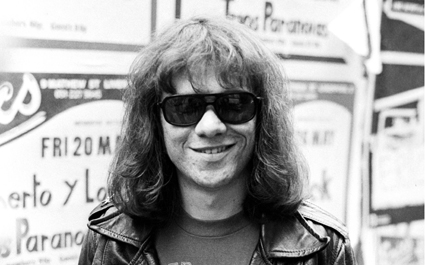 THE death of Tommy Ramone has left most people who wear Ramones t-shirts emotionally unaffected.

People whose favourite item of clothing features the seminal punk band’s logo said they thought ‘Ramones’ was either a t-shirt company or some sort of drive-in restaurant.

26-year-old marketing executive Tom Booker said: “I had no idea that the Ramones t-shirt company had an in-house band.

Ramones t-shirt fanatic Mary Fisher said: “Was their music all about t-shirts?

“Because I do think there aren’t enough songs about garments.”