AS the festival season begins, there are growing concerns the events are increasingly focusing on music instead of gratuitous, ego-driven amateur photography.

Tom Logan, 26, said: “The point about being at a festival is gathering the pictorial evidence proving to everyone else that you were at a festival, for which you read need one crowd shot about every 19 seconds.

“Then you stick those images on Flickr so that everyone thinks you have an amazing, cool life and don’t spend nine-tenths of the year working in a recruitment job because you’re actually a dreary, witless sack of shit.

“That last bit was totally hypothetical, of course. I am cool.”

He added: “Last year at Glastonbury there were some really noisy, bass-y band type things that were shaking my iPhone around so that I couldn’t get a several dozen priceless shots of my friends wearing colourful hats while eating falafels on drugs.

“I just hope Michael Eavis and co aren’t going all ‘music’ on us, that’s all.”

Promoter, Julian Cook, said: “There’s no acts, just thousands of people in a field lifting each other up just high enough so they can get a really good shot of the crowd.

“We may also throw in some large polystyrene dinosaurs that people can be photographed pretending to have sex with.” 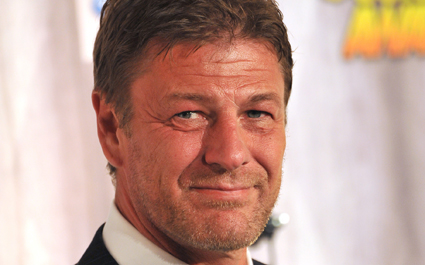 The actor, famous for appearing in Hollywood blockbusters where he plays Sean Bean, completed the most Northern night in history with a story involving beer, a fight and somebody looking at somebody else’s bird.

Bean’s agent, Wayne Hayes, said: “While this would ordinarily rank Sean alongside any Sheffield man between 17 and 62, he managed to take it to another level by finishing off his night by eating a portion of chips and gravy off the back of a whippet.

“And he didn’t stop complaining about how bloody expensive it all was until about 20 minutes ago.”

The Elders Of Goole, a group of 12 Yorkshiremen that convene in the function room of a working men’s club to assess acts of outstanding Northernosity, have been tracking Bean since his 2002 portrayal of Macbeth, in which he impregnated two of the witches and told Lady Macbeth to make him a brew with four sugars.

Elder Roy Hobbs said: “Sean has fulfilled the prophesy as set out in the Northernomicon of Parkinson.

“He will be brought unto Leeds in a golden 1997 Mondeo where he will be anointed with a pint of Saltaire bitter as the Elders surround him and sing On Ilkley Moor Bah T’at in a haunting falsetto.

“It’s a moving ceremony that has been known to reduce grown men to tears, shortly before they are ostracised for being a bloody great poof.”

As Britain’s first living Northern saint, Bean’s privileges will include first knock at dominoes for life and a platinum Greggs card.