FHM reader too sad to light own fart

27-year-old mobile phone salesman Julian Cook, whose favourite magazine has announced its closure, was among friends last night when he felt himself about to break wind.

He said: “I grabbed a lighter in preparation for the obligatory act of making a flame come out of my arse. I was like ‘Oi lads, check this out, flamethrower’.

“But then I just got this overwhelming feeling of sadness that the only thing in the world I enjoy reading doesn’t exist any more.

“I put down the lighter and clutched a cushion to my chest.”

Professor Henry Brubaker of the Institute for Studies said: “One day in the far future, when the internet is just a picture of a nipple that you click on, FHM and Zoo will be seen as relics of an impossibly intellectual past civilisation.”

Muslim man in Northampton asked what he's doing about ISIS 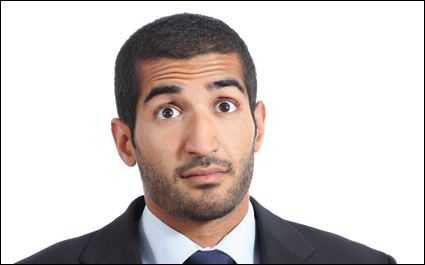 A 38-YEAR-OLD Muslim working as a land surveyor in Northampton has been asked how he plans to stop ISIS.

Mohammed Rahman, who was born in Kettering and attends mosque around four times a year, has been informed that responsibility for halting ISIS rests with the Muslim community and that means him.

He said: “Tony in marketing came over specially to ask how I was fighting creeping radicalisation in young Muslims. They seemed disconcerted when I said my daughters preferred 5SOS, which I then had to explain was an Australian boy band.

“Pam in the postroom wanted to know if I was going on an anti-ISIS march. I said I would if there was one going on, and she pursed her lips.

“Then I got called into the management meeting to tell them whether airstrikes could be effective against Syria or if we needed boots on the ground.

“I said I didn’t know. They didn’t say anything, but I felt like I’d let them down.”

Rahman decided to make an effort by leaving critical comments under an ISIS video on YouTube, following which he was placed on MI5 and CIA watch lists.