First date goes well after nobody tells an ounce of truth

A MAN has had his best first date ever after completely concealing the majority of his personality.

After drinks at a bar some distance away from his regular Wetherspoons, Wayne Hayes took his date to an award-winning film that wasn’t about revenge or illegal car racing.

Hayes said: “She seemed to really like whoever it was she had a night out with, so I’m going to have to write a biography of who I’m meant to be so I don’t accidentally behave normally in front of her.

“I’m not even sure she thinks I’m called Wayne – I think I chose a more dynamic name like Jonah or Sprint.”

38-year-old Nikki Hollis confirmed that her date with Hayes went really well, and that her actual name is Lynn and she is not 27. She hopes to go on a second date where she can do things she’ll claim she never normally does on a second date.

She said: “Sprint and I really bonded over our mutual love of opera, which I think is the one with all the dancing in it.

“I love the early part of a relationship where it’s all about memorising the carefully-constructed bullshit you’ve both concocted.” 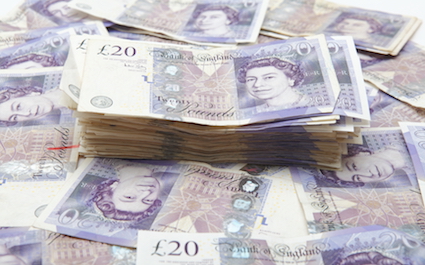 PROFESSIONS and organisations unpopular with the Conservatives must now declare their income to foster greater envy and loathing.

The Leftie Hypocrites bill, introduced to Parliament yesterday, will force enemies of the state like doctors and BBC employees to declare their exact annual income to the media, all new acquaintances, and on the sleeves of their clothing.

Dominic Raab, MP for Esher and Walton said: “Aren’t we all sick of bloodsucking socialists who make decent money but don’t have the simple good manners to vote Conservative in return?

“Well, now we’ll all be able to see just how much they earn and how sanctimonious they are, pretending they have concern for the poor while not even being poor themselves.

“Teachers, social workers, firefighters or actors? Get ready to be hated.”

The bill includes a clause that anyone who has more than £1,000,000 in assets must have MILLIONAIRE LAUGHING AT YOU tattooed on their foreheads to permanently remove any credibility from their self-serving do-gooder platitudes.

Raab confirmed that who made their money honestly by working in the financial sector, running outsourced public services or inheriting it will be granted lifetime immunity from transparency regulations.