Five annoying bellends you forgot are always at the cinema

GOING to the cinema? Contain your excitement by remembering these insufferable bellends will also be there:

The staple of every cinema, this thundering bastard will be sat somewhere near the back to benefit from the acoustics. Their opinions will drown out whatever’s happening on screen, even if it’s a sequence of deafening explosions in THX surround sound. Expect them to be with a surprisingly hard mate when you turn around to tell them to shut the f**k up.

There’s always that one bellend who turns up 20 minutes into the film, squeezes past you to get a seat, stepping on your foot and spilling their cherry slushie over you as they do it. If you had your own miserable way the doors would be bolted shut the second the trailers begin. They count.

On their phone bellend

This bellend is easy to spot because they’re essentially waving around a blinding torch in a darkened room. They’re not recording the film or photographing a jaw-dropping moment, instead they’ve decided that a screening of Tenet is the perfect opportunity to scroll Twitter and roadtest ringtones.

Going to the loo bellend

Once is acceptable. Twice is pushing it. This bellend leaps out of their seat every ten minutes to stomp for a piss. And don’t worry, they’ll ask their mate what they’ve missed on their return and even though they’re both whispering you’ll pick up every single word.

Sexual contact is always going to be more tempting than whatever Hollywood crap’s rattling through the projector, but for all they’re seeing of the film, these bellends may as well be in the foyer. Their smacking lips are also an annoying reminder that Godzilla vs. Kong would be way better if the titular duo had channelled their animosity into city-wrecking lizard-ape sex. 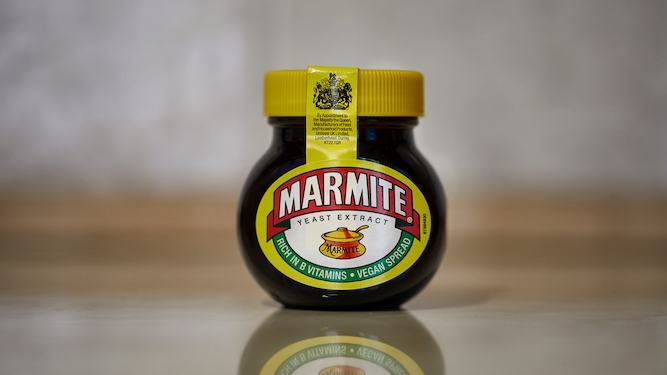 THE Voter ID Bill is nothing compared to these ways of proving you’re a UK resident. Take these items to the polling station:

It is illegal to live in the British isles without a kettle, and the old ladies manning the polling lists will immediately be able to spot a genuine resident by checking whether it’s still warm from your last cuppa. Ideally, display signs of agitation that, having finished your last hot drink three minutes ago, you are currently unable to boil it for the next one.

Having a special card that allows you to waste your weekends trudging around tedious old manor houses proves you’re a true Brit. Using this as ID will appeal to the Tories, as 90 per cent of National Trust members are rich boomers with large pensions who think a Labour government would force them to become trans.

As a proper, responsible, guilt-ridden British person you own a bag for life. In fact, you have about 30 stashed away under the sink, all carefully folded. Reject the Lidl bags and take the Waitrose one to the polling station so your fellow voters treat you with deference and respect.

Other cultures have a vast range of delicious jams and preserves to put on toast, but the British favour a sludgy brown by-product of beer brewing to spread on theirs. Arrive at the polling station clutching a jar and you’ll be waved through instantly as no one from another country would even touch anything so disgusting.

Copy of The Sun

Only British people consider a hysterically right-wing comic with very large writing to be a good news source, so carrying a copy of The Sun is an easy way to prove your nationality. It’s also an easy way to demonstrate you’re going to vote for UKIP, even if they barely exist anymore.