Five things people like to believe which are total shit

ARE your beliefs a pack of nonsense which conveniently fits with your own prejudices? Check if they’re any of the following.

You are blessed with common sense

A dubious concept, because not doing things like eating obviously undercooked chicken falls more into the category of ‘not being a f**king idiot’. Often used to make some daft political point, eg. “Global warming means I can turn the central heating down. That’s just common sense.”

Old people vote Conservative because they are wiser

Supposedly, greater life experience makes you conservative because you are more of a realist. This can easily be disproved by visiting any elderly relative who:

● Has rarely left their hometown and only socialises with close relatives with exactly the same views.

● Has lots of bizarre, jaw-dropping prejudices, eg. Liverpudlians are ‘a race of thieves’.

In particular, people never tire of slagging economists, despite it being a valid career. However they also tend to believe that people on £400k a year in the City get paid simply to make wild guesses and the study of philosophy is just sitting around thinking about stuff. If it’s all so piss-easy, why not do it yourself?

Not so much QAnon or JFK nonsense, more the belief that someone is always out to get you. Did a plumber charge you a bit more than one you got in four years ago? THESE GRASPING PLUMBER BASTARDS ARE ALL PUTTING THEIR PRICES UP.

The future is impossible to predict

Popular view among Brexiters, eg. “You can’t prove Brexit won’t be a success until it’s happened”. Horrible reasoning, like saying, “I can’t prove I won’t get hit by a bus tomorrow so I may as well do an armed robbery this afternoon and enjoy the cash.”

'Both sides just as bad as each other' says idiot 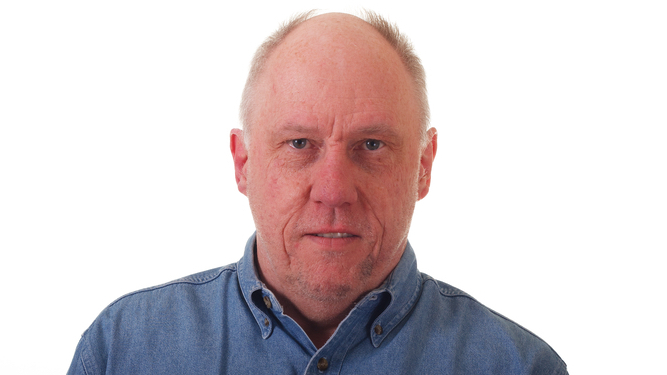 ALL politicians are no better or worse than any of the others, because they are politicians, according to an imbecile.

Martin Bishop, who describes himself as a ‘free-thinking independent’, watched the Trump-Biden debate and decided it was a draw.

Bishop said: “Although Trump constantly interrupted, lied and gave a shout-out to a white supremacist group, Biden was equally at fault for getting annoyed and telling Trump to ‘shut up’.

“They’re just as bad as each other. All politicians are. I know this because I am more perceptive than the average political observer.”

This week Bishop also watched Prime Minister’s Questions, in which Keir Starmer once again performed far better than Boris Johnson, and came to a similar conclusion.

He said: “There’s no difference between them, really. Johnson may be completely terrible in every way but Starmer was wearing a suit, just like your typical politician.”

Bishop’s wife Julia said: “I’m not sure if Martin is secretly a bit right-wing, but having been married to him for 20 years I think he may just be an idiot.”