WHETHER it’s the woman obsessed with dog crap or the bloke who manages to make comments about the bin collection racist, here are the weirdos who lurk in every group.

Due to the fact that there’s zero crime in the middle class village they live in, the security camera Nazi instead floods the local group with complaints about children standing suspiciously close to their car and the council not treating their recycling boxes with enough respect.

The flag freak will use any opportunity to cover every inch of their house and garden with Union Jacks whether it’s an occasion that makes sense, like a Royal Wedding, or one that doesn’t, like Christmas. He will then use the Facebook group to accuse everyone else in the area of ‘hating Britain’ for only sticking up a bit of tinsel.

The dog poo monitor keeps a frighteningly close eye on all of the dog walkers in the local area, naming and shaming those who don’t pick up their poo and suggesting wildly out-of-proportion punishments, like shooting both dog and owner.

If the bins aren’t collected at exactly the right time, the bin collection fascist sends furious messages accusing the bin men of being lazy and somehow brings race into it, even though they’re all white blokes. On the upside this lunatic sends heartfelt messages of congratulation to neighbours who take their bins in promptly when they’ve been emptied.

Whether you want your cooker fixed or your house front painted, this unqualified bloke claims to be able to tackle any project. When not ham-fistedly rewiring your home, he is sharing Covid conspiracy theories on Facebook and accusing the neighbours of being ‘sheeple’. 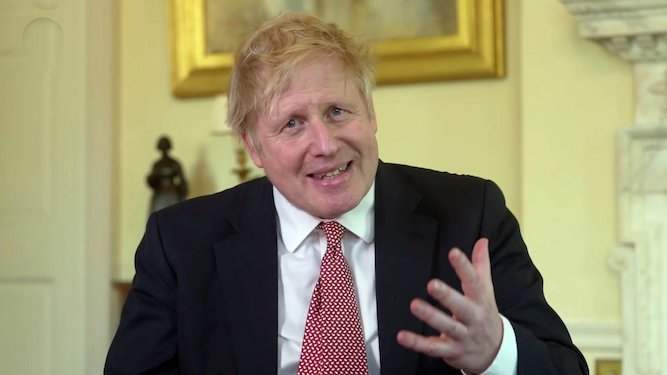 RIGHT-WING journalists are scouring the country in a desperate attempt to find anyone who believes in Boris Johnson’s ‘moonshot’.

Media outlets that support the prime minister are frantically searching for any random nutter who will back the plan to test 10 million people a day so they can claim they represent ‘ordinary Britain’.

Journalist Tom Booker said: “We’ve gone through every frothing loony who’s ever called LBC, every letter in green ink we’ve ever received, and all the most unhinged people on Twitter. Nothing.

“So we changed tack. Lefties, we thought. Surely there’s a few of them deluded enough to think that investing massive sums in public health is resurgent Corbynism. We even tried Owen Jones. Another dead end.

“Sadly, Operation Moonshot is such transparent fingers-crossed bollocks that there isn’t a single person in the UK who has an ounce of faith in it for a single moment. Not even Johnson himself. Obviously.”

19-year-old Josh Hudson said: “I’m on LSD, ketamine, DMT and I’ve been smoking skunk for 23 hours straight. I believe I can fly, and that machine elves are singing our world into existence.

“Moonshot? Nah. Come off it mate. That’s a load of cock.”