Five twats you always get stuck with at weddings 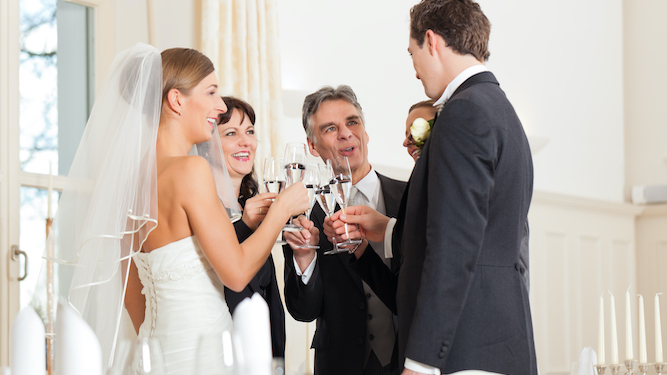 THANKS to the government the twat pool at weddings is temporarily a little shallower. However, you’ll still find the following people at every single wedding:

Previously the buy-to-let property enthusiast, and before that the collectible toy enthusiast, this twat will tell you all about their investments even though you didn’t ask. To exit the conversation simply ask them to explain the blockchain, and leave when they look down at their phone to Google it.

Haunting the wedding like a ghost, the sad cousin will attempt to talk to you about their latest miserable break up. Luckily, this sack of glum will disappear at around half-eight, so all you have to do is last until then without engaging. They’ll try and catch your eye. Be ruthless.

The overprotective bridesmaid behaves like the PA for a New York fashion mogul and has taken it upon herself to keep everyone away from the bride. She’s not Imelda Marcos, she’s just some woman that got married, so take your five-minute slot at 9.15pm and shove it up your arse.

‘Should have come on the staaaaaag,’ they say, and you know that you were right not to go. They’ll hint at sex, drugs and crime; you’ll wish they got hit by a car. The ‘Why weren’t you at the hen?’ version is just as bad, if not worse. 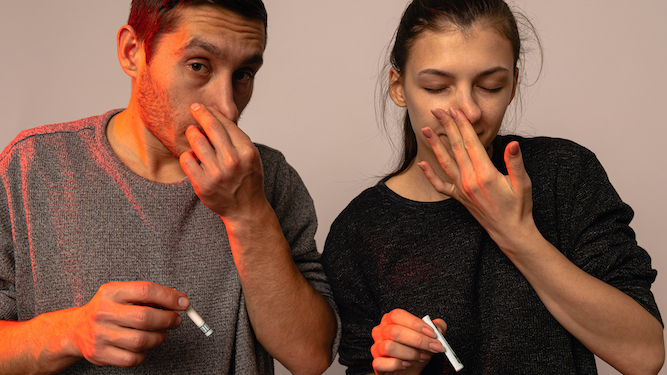 A COUPLE who regularly enjoy cocaine cut with a range of unspecified powders are suspicious about exactly what will be in the Covid-19 vaccine.

Lauren Hewitt and Ryan Whittaker have confirmed they will skip any injections until they know it is totally safe, like the street narcotics they take.

Hewitt said: “There are far too many unknowns in a new vaccine and I’m not being a guinea pig for a substance that could end up killing me. Is what they’re doing even legal?

“Being immunised with an unknown formula is not like when we buy a couple of grams of pure coke, with its slight smell of Persil, lingering taste of soap and the odd slug pellet in.”

Whittaker added: “The danger of the vaccine is something me and Lauren debate a lot. We find we do our most lucid thinking when we’re gurning from the hit of whatever the f**k it is we put up our noses.”