A MIDDLE-CLASS fresher has admitted experimenting with a version of West Indian patois in an attempt to look cool.

University of Bristol undergraduate Stephen Malley has been using the phrase ‘wha’ gwarn’ when answering his phone in the Student Union bar.

Malley said: “I’m from Kent and that’s just how people speak in Kent.  It’s certainly how my sister addresses her pony Captain Stubbs, as in ‘wha’ gwarn my pony’.”

Malley also addresses his housemates as his ‘bredrin’ and called their neighbour Norman Steele a ‘bludclot’ after he complained about the noise from Malley making dubstep tracks with the expensive studio equipment his mum bought him.

Norman Steele said: “That little shit said I was going to get ‘bad man beatdowns’, but when I grabbed him by the collar and told him to turn that fucking racket down he began to visibly shake and offered me money to leave him alone.

“It was the single most pathetic thing I have ever seen.”

However Malley said: “I don’t recall that, probably I was feeling too irie from smoking that sweet sensi weed.”

Malley’s housemate Mary Fisher said: “He does the patois thing all the time unless there is a black person in the room in which case he goes weirdly super-polite and almost shy.

“The street slang term I’d use to describe Stephen Malley is ‘bellend’.”

Everything now happening 'for a generation' 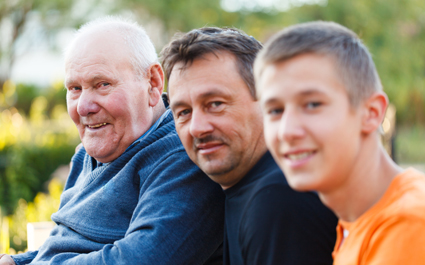 THE term ‘for a generation’ must be used for any vague but long-sounding period of time, experts have confirmed.

The phrase, which covers how long Labour will be out of power, how long it will take to defeat ISIS and the length of time it will take caramel to stop being salted, is expected to remain common currency for however long a generation is.

Journalist Helen Archer said: “Yesterday I wrote that there hadn’t been a new Libertines album for a generation and nobody questioned it.

“It’s great, because it sounds really heavy and portentous like an ancient curse but it can actually just mean like nine years or so.

“Though, with people having kids later, a generation could now last much, much longer than a generation. Which is why, in my new piece, I’ve said that the new Star Wars will redefine the franchise for generations to come.”

Gardener Bill McKay said: “Yesterday I was stuck in traffic lights for a generation, then when I got to work there were no tea bags so I couldn’t have a hot drink for a generation.

“I went to the shop to get some but there was a long queue so I ended up waiting for a generation.

“At least it seemed like a generation, it was actually about ten minutes.”