Office worker Martin Bishop regularly comes up with business ideas for which there is no demand, like a service allowing you to send emails from cashpoints.

Friend Emma Bradford said: “Martin bored us to death in the pub by going on about a website that would let people rent out their clothes to strangers.

“I pointed out that most people just buy their clothes and it would be an administrative nightmare for very small rental fees. He said I was just a sheep-like worker drone who would never be rich.

“It’s like his idea to put headlights on trainers for people running in the dark. He wouldn’t accept that you can already buy torches designed for that and not look like a knobhead.

“And let’s not forget the time he thought it was a totally original idea to set up a website where you can read local restaurant reviews.”

Bishop said: “Today in my coffee break I thought of a visor that straps to your head so you can wear your glasses in the shower.

“My friends won’t be laughing when I set up my creche for cats whose owners are at work. Even if I only charge £5 a day per cat I’ll be coining it in.”

EU bill must be more than one word, say lawyers 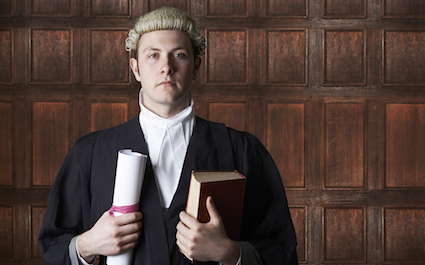 LAWYERS have advised the government that a parliamentary bill consisting of a single word would be open to legal challenge.

The government has reluctantly decided to follow advice that a one-word bill on withdrawing from EU membership could be invalid, no matter how powerful the word they intended to use.

Lawyer Helen Archer said: “Even the simplest pieces of legislation typically run to tens of thousands of words in order to cover all contingencies, so one word that does the same seems highly unusual.

“But the proposers felt this single word adequately covered, explained and made unassailable everything they planned to do, which seems impossible on an issue as complex as this one.

“Apparently the prime minister believed this word, which she said was ‘self-defining’, was so effective no further argument was necessary and it would be politically impossible to oppose.”

Archer added: “I must admit I am curious about the word. I can’t think what it is.”