A 28-YEAR-OLD woman routinely takes an extravagant amount of tobacco when friends offer her a roll up.

Part time smoker Helen Archer always exploits the gift of a roll up by helping herself to an average 4-5 times more tobacco than is necessary.

Archer’s friend Tom Booker said: “She rolls them like they’re cigars and I’m not made of money.

“I don’t mind her having one. I mean, we grew up together, but fucking hell, it’s pure opportunism.

“Also she roached my new packet of Rizlas without asking, which bugged me a bit.”

However Archer said: “I bought 20 cigs when we were out a few weeks back and he smoked most of them.

“That’s equivalent to an infinite amount of rolling tobacco.”

Prisoner Norman Steele said: “If you did that in here you would get stabbed. Morals tend to be a bit lax in prison but we’re very strict on stuff like that.” 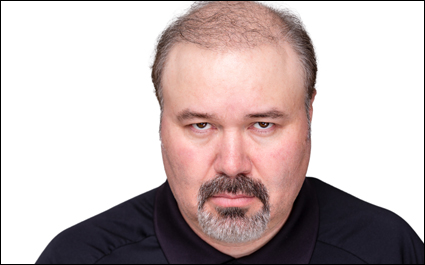 A TOTAL bastard had kind and decent ancestors, genealogists have discovered.

44-year-old office worker Wayne Hayes is renowned among his social circle as an awful tosser with offensive views on most things.

However researchers have discovered that, despite what they expected, his ancestors did not have slaves or indeed approve of slavery.

Genealogist Nikki Hollis said: “Wayne’s ancestor were nothing like him. They were outspoken in their views against slavery, in fact one of them was a freed slave.

“They also had a non-profit bakery that gave free bread rolls to poor people, and his great-great-great-great uncle did those really cool old botanical books with detailed paintings of flowers.

“I suppose the question is whether we should cut Wayne some slack because of the efforts of his forebears.

“Given that when I told him he tried to pinch my arse and then stole my pen, I should say not.”

Wayne Hayes said: “I don’t really understand why my ancestors helped other people, although I am happy to take the credit for it.

“Does this mean I get a free pass to mock the afflicted?”