A MAN has borrowed a DVD from his friend knowing full well he will never return it.

Tom Logan borrowed Nathan Muir’s copy of  Vertigo after the two had met up for a yearly drink and catch up at Muir’s flat.

Muir said: “He was looking at my DVDs while we were chatting about stuff and he saw Vertigo. He said he’d never seen it and asked if he could borrow it and ‘give it a watch’.

‘Now, I know I won’t see Tom for another 3-4 months, at least ,and even then, he’s not likely to be carrying my copy of  Vertigo on him.’

‘So, what he essentially asked me was, ‘Can I have this DVD?’.

“And if I say ‘No’, then I suppose that makes me some sort of prick.”

Muir added: “I didn’t get him a Christmas present or anything but that still doesn’t mean he gets to pick a DVD at random and take it home with him.”

Logan said: “I could try and justify it, but it’s really just a form of theft.” 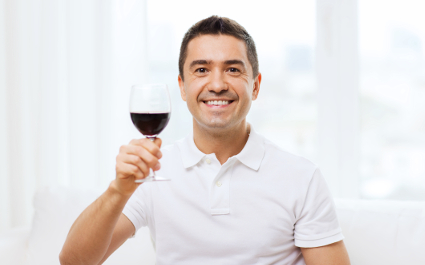 DRINKING alone does not deserve its bad reputation, according to solo drinkers already on their second bottle of wine.

Widely viewed as a dangerous step on the road to alcoholism, lone drinkers have countered that argument by calling it ‘stupid bullshit’ and stressed that, based on their personal research, drinking alone is ‘fucking great’.

Nathan Muir, from Solihull, said: “You pick your own music, your own telly, your own drinking pace and nobody’s there to tell you to stop.

“There’s no need to watch the level of the bottle to make sure you’re getting your fair share, because there’s only you drinking.

“And yeah, there’s nobody to talk to, but you know how other people’s conversation gets worse the drunker they get? Yours only gets better.

“Come to think if it,  I might tell some of these bastards what I think of them.”