A MAN believes he is giving friends a vital insight into how the world works by sending them YouTube videos clearly made by fringe crackpots.

Martin Bishop regularly sends out amateurish videos – usually by strange, ranting men – on topics as diverse as the global banking system and losing weight by eating lots of meat.

Friend Nikki Hollis said: “Martin just sent me another time-wasting video claiming mankind could get all the energy we need from saltwater, if it wasn’t for ‘big oil’ and the Rothschilds.

“Then there was one about banks being a con-trick because the only legal currency is gold, which has never affected me paying for my shopping or getting a mortgage.

“I wish Martin would ditch the silly internet theories, but then he might not feel special and really intelligent for watching 10-minute videos.”

IT worker Bishop said: “I’m much better informed than most people because I’m not afraid to look up secret knowledge you can only get on a homemade videos website.

“I won’t be rotting my insides because I believe the lies of the food industry. I’ve been on Professor Rick’s high-bacon diet for two weeks now and I’ve never been happier.” 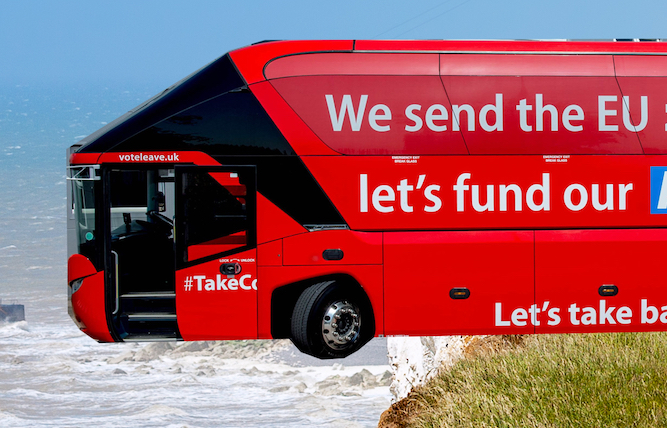 The literal cliffhanger came after the rag-tag gang assembled for the campaign had succeeded against the odds and were making their escape, leaving audiences arguing about whether Brexit will actually even happen.

Viewer Tom Logan said: “After all the Russian money and computer hacking and symbols of Britishness dragged through sewers, they did it. Or did they? Perhaps we’ll never find out.

“Benedict Cumberbatch, perfectly cast as a posh twat who got lucky, accidentally swerves the red bus bearing its NHS promise over a precipice, just managing to brake in time.

“It teeters there, only held up by the people gathered at the other end, with all the precious Brexit stuff at the other end and impossible to reach without tipping the bus off the edge.

“Then Michael Gove, played by Andy Serkis in motion-capture, says ‘Hang on a minute lads, I’ve had a brilliant idea’.

“Unfortunately it turns out to be a shit idea and everyone dies. So it’s very realistic.”