THE government’s chief marksman Elmer Fudd has denied that the badger cull was essentially farcical.

Fudd denied reports that he got his large, bulbous head jammed in a sett while a badger crept round behind him, gave a double ‘thumbs up’ to onlookers then kicked him really hard in the arse.

Britons give up openly drinking 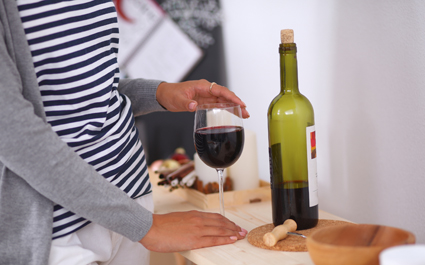 MILLIONS of Britons have begun the new year by vowing to drink only in secret.

The growing popularity of giving up alcohol after the excesses of Christmas has seen high-functioning alcoholics across the country determined to pretend they can do without.

Tom Booker, from Stevenage, said: “This year is going to be different. I shall be slyly pouring my lager into a china cup so it looks like I’m having a nice cup of tea with my breakfast.

“And there’s a half-bottle of vodka hidden in the toilet tank, at home and also in the office.

“This year I’m really serious about concealing my alcohol intake, and am feeling positive about pulling it off.”

Joanna Kramer, from Northampton, said: “It isn’t until you pretend to give up drinking that you realise how much other people have been watching you knocking it back, often with real concern.”

“There’s also no booze in the house after Christmas, though spouses often underestimate how much there is in the garage and shed.”