ANGRY protesters have laid siege to a ‘cereal cafe’ in East London because it is quite annoying.

The mob gathered with flaming torches and pig masks, determined to put an end to the semi-ironic cafe that slightly gets on some peoples’ tits.

“I suppose it is a free country but that is not the point. They’ve got all beards and shit.

“You should see them all sitting there, eating their cereal or taking pictures of their cereal for social media.

“Some of them don’t even sit on the chairs properly. You know that thing were people sit with their legs curled up and their feet on the edge of the chair, like a kid? They do that.

“It is really annoying. Probably almost as annoying as when your computer does a software update and then stops working properly.

“Also if you’re going to change the world its better to confront effete bearded men than tanks.”

However onlooker Wayne Hayes said: “I’ve often walked past Cereal Killer on my way to work and thought that I would like to throw a chair through the window.

“But when you see the punters trapped in there looking all scared, some of them with little kids who are scared too, they start to seem disappointingly human. The fun sort of goes out of it.

“Some things are better in theory than in practice.” 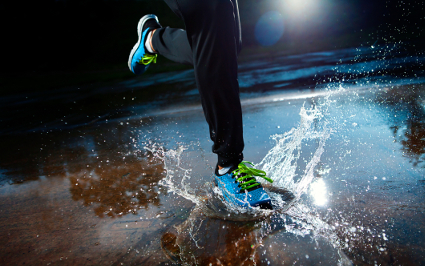 SOMEONE on Facebook has been for a big run while you were lying in bed, it has been confirmed.

It is understood they initially did not want to get up for the run, but it was ‘worth it’ because they are now ‘very proud’.

The run was preceded by a breakfast consisting of ‘carbs’ which are ‘really important’ for someone going on a big run.

It has been confirmed the run is part of some ‘training’ which may or may not culminate in the person on Facebook taking part in an even bigger run with lots of other people.

Meanwhile, people on Facebook who stayed in bed until 11am have decided not to announce that to as many humans as possible.

The big run will be eclipsed at 4pm today when someone else on Facebook reveals they spent the afternoon going up a hill on a very expensive bicycle.