Fury Over Padded Bikinis For Pets

ANIMAL rights groups have called for a ban on a new range of provocative padded beachwear for pets.

The 'furkinis' include a skimpy cat thong with fake diamante detailing, a one-piece, lace-trimmed dog swimming costume emblazoned with the word 'Lovehound' and a padded elasticated bra top for snakes.

Animal rights campaigner Nikki Hollis said: "These products are blatantly pandering to the sort of person who wants to have intercourse with underage dogs, whatever that sort of person is called.

"Pets should be allowed to be pets, not furry four-legged prostitutes. It's unbelievably irresponsible to allow your cat out dressed like a slut, especially if you live in certain regions of the Forest of Dean."

He said: "We got it as a joke but I have to admit she actually looks pretty good in it. It reminds me a bit of how my wife used to look, before she had the kids.

"Now I can't help thinking Fiver would look pretty good in a tennis skirt, or perhaps a Japanese school uniform kind of thing. You're not going to use my name are you?"

But furkini designer, Joanna Kramer, said: 'People talk a lot about animal rights, but don't animals have a right to look hot?

"Plus they'd otherwise be naked. And surely a naked horse is far more sexually provocative than a horse in well-cut, tanga-style trunks?"

'I Can't Come Into Work Because Of The Volcano' 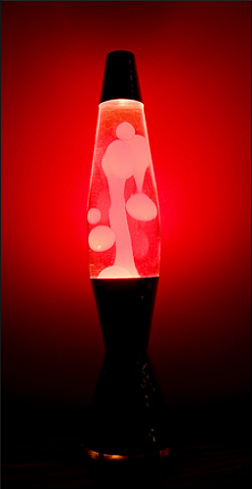 THOUSANDS of people across Britain are planning an early start to the weekend today as the Icelandic volcano presented them a fascinating new excuse.

Innovative shirkers are claiming that ash from the massive eruption 800 miles north of the British Isles has interfered with the electrics in their car, or obscured their view of the bus stop.

Julian Cook, a sales manager from Peterborough, said: "It's very bad here. You can't see your hand in front of your face. In fact, I'm not 100% sure I still have hands. If I do I'll see you on Monday, probably."

Helen Archer, an accounts assistant from Stevenage, phoned her office to say that she would not make it in because her only pair of volcano-proof shoes are currently being repaired.

She added: "There's quite a lot of lava running up and down my street. Normally that would be okay because my Nine West pumps have a special anti-lava attachment, but unfortunately they are in the process of being cobbled. Good day."

The eruption has also stranded thousands of Londoners after tube drivers claimed volcanic ash in the upper atmosphere makes it impossible to drive a train through a tunnel.

Vulcanologists say the eruption has been caused by increasing pressure in magma chambers beneath the North Atlantic Plate, while leading economists claim it is nothing more than churlish, volcano-based revenge for Britain seizing the assets of Iceland's pathetic little banks.

Meanwhile there are growing fears that the massive ash cloud may be unable to prevent tonight's party leaders' TV debate.

Gordon Brown has accused the Tories of a 'do-nothing' approach to volcanoes, while Lib Dem treasury spokesman Vince Cable has chartered a steam boat to Reykjavik, promising to put all the ash and lava back in to the big hole in the middle.

Despite last minute appeals the debate is now likely to go ahead at 8.30pm and then take up at least 45 minutes of Friday morning as millions of non-volcano affected voters come into work armed with a series of teeth-grindingly vacuous observations.

Tom Logan, from Finsbury Park said: "Yeah, I've been telling people I'm definitely going to watch it but I'm not. I'm going to watch a DVD about freaks while eating a bucket of M&S cocktail sausages.

"I'll let you know how it turns out."