MILLIONS of Playstation users are in turmoil after it emerged that the console had stolen huge chunks of their existences.

The mass realisation happened during an outage in the Playstation Network, when many players discovered that they had been seated in front of a screen holding a piece of plastic for over a decade, with the curtains drawn.

Technology journalist Tom Logan said: “People bought the machine without realising that unscrupulous games designers had gotten into the software and made it really, savagely compelling for their own nefarious ends.

“When I try to recall my recent history since getting the Playstation, all I get is a single static image of Snake from Metal Gear Solid looking cool, sort of a mental test card.

“It’s as if the machine just hoovered up a big chunk of my existence, like some electronic vampire that feeds on the human soul.

“When I look at it, it actually appears bloated and tick-like, bulging as it struggles to digest my wasted years.”

Sales administrator Nikki Hollis said: “All I know is that I bought Guitar Hero II and suddenly I was no longer a young and attractive woman.

“What worries me is what the Playstation intends to do with the chunk of my being that it has stolen.

“Perhaps it will use that fragment of my essence to create a more attractive computerised version of myself, a bit like in Weird Science, that will strangle me when I sleep and then have amazing sex with my husband.”

Marijuana use linked to productivity 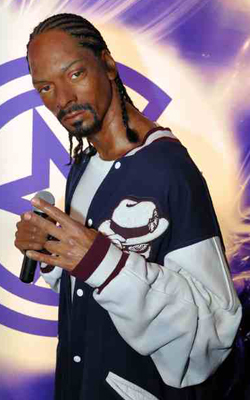 THE release of Snoop Dogg’s 11th studio album is evidence of a link between marijuana use and prolific work rate, experts have claimed.

Professor Henry Brubaker of the Institute for Studies said: “The speed with which Snoop manufactures his laid-back musings on ghetto life beggars belief, especially when you consider his packed schedule outside of the studio. Plus he invented the suffix ‘-izzle’, it’s almost like he’s superhuman.

“Couple this with the fact that Method Man has also gotten a lot done and you have a compelling case for the use of high strength marijuana as a key factor in increased work rate.”

A spokesman for Snoop Dogg said: “I’ve never seen anyone work as hard as Snoop.

“He rises at 5am each day on the dot and has a blunt with some grapefruit juice before hitting the gym, where he does 45 minutes of intensive cardio and either upper or lower body strength training.

“By 8am he’ll be in the office, working with colleagues like Kurupt and Daz Dillinger to brainstorm lyrics, jotting them down on a whiteboard. During this process more blunts will be smoked.

“Snoop will work through until midday without a break, then it’s time for lunch, which is really just more blunts.

“Then it’s off to the studio for another 10 hours of recording. Further blunts will be smoked during this session.”

He added: “Snoop personally favours the mad hydro shit with the big orange crystals in it, although he will alternate between weed and resin if he needs extra energy, for example when he’s on a deadline and needs to work through the night.”