GAY couples who receive a child from a Catholic adoption agency have vowed to dress it in a studded collar and a little leather cap.

After the Charity Commission ruled that adoption agency Catholic Care could not discriminate on the grounds of sexuality, gay couples say they are now determined to raise their babies in as gay a manner as possible.

Julian Cook, half a gay couple from Doncaster, said: “This is going to be both adorable and sexy.

“Our little chap is going to have only the best quality straps, caps and thongs. I think daddy and daddy may even take him on a little ‘shopping trip’ to Morocco.”

He added: “I think the whole biker look will give him a really good start in life. Especially if he remembers to keep his cap tilted at just the right angle and leave his waistcoat open so that it shows off his lovely, oiled nipples.”

A spokesman for Catholic Care said the agency would appeal against the decision, adding: “I tell you now, if this is allowed to stand, we will soon be knee-deep in tattooed babies with tongue studs, fruity bottom piercings and more besides I shouldn’t wonder.”

But Cook’s partner, Martin Bishop, said: “He has to be pierced. How else will he be able to have his pick of the boys when we take him to gay creche?

“If he doesn’t have at least two red hot boyfriends on the go by his first birthday we’ll just give him back and get another one.”

He added: “EVERYBODY DANCE NOW!”

Outrage Over Plans To Build Library Next To Sarah Palin 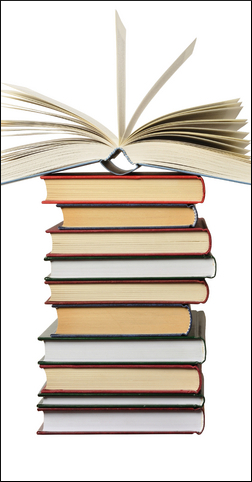 PLANS to build a state-of-the-art library next to Republican catastrophe Sarah Palin are causing outrage across mainstream America.

Campaigners have described the project as insensitive and a deliberate act of provocation by people with brains.

The issue is forming a dividing line in advance of November’s mid-term congressional elections with candidates being forced to declare whether they have ever been to a library or spoken to someone who has books in their home.

Meanwhile President Obama has caused unease within his own Democratic party by endorsing the library and claiming that not everyone who reads books is responsible for calling Mrs Palin a fuckwit nutjob nightmare of a human being.

But Bill McKay, a leading member of the right-wing Teapot movement, said: “Sarah Palin is a hallowed place for Americans who can’t read.

“How is she going to feel knowing that every day there are people going inside a building to find things out for themselves and have thoughts, right in the very shadow of her amazing nipples.”

He added: “Our founding fathers intended for every building in this country to be a church containing one book, written by Jesus, that would be read out in a strange voice by an orange man in a shiny suit who would also tell you who you were allowed to kill.

“Building a library next to Mrs Palin is like Pearl Harbour. Or 9/11.”

And Wayne Hayes, a pig masseur from Coontree, Virginia, said: “I is so angry right now.

“It’s like something is on fire right in the middle of my head. Like I’ve eaten a real hot chilli, but it’s gone up my nose tubes rather than down my ass tubes.”

He added: “Would these library lovers allow me to set up a stall next to the Smithsonian Museum and start selling DVDs of bible cartoons as long as it was in accordance with local regulations?

“Oh they would? I see. So is that why they’re better than me?”