THE public are idiots, people who serve them have observed.

Research by the Institute for Studies found the maxim ‘the customer is always right’ to be entirely inaccurate.

Professor Henry Brubaker said: “Britain is a service economy, so we decided to ask servers whether they found the general populace to be rude or stupid.

“Our findings show the public to be rude and stupid, to a degree which cannot be overestimated.

“You are just horrible.”

Department store assistant Nikki Hollis said: “You wouldn’t believe the number of times I’ve found people trying to put on a pair of trousers like it was a jumper. Then when I explain to that the garment should be going on their lower body they call me a bitch.

“I don’t want to be a human any more, I hate our species. Why wasn’t I born a dog or a monkey?”

Waiter Tom Booker said: “So many customers deliberately drop cutlery on the floor just to make me pick it up.

“Even worse are the ones who talk to me in a kind, pitying voice and saying things like ‘I used to do your job once, I know how hard it is’.

“Basically you cannot work with the public and not hate the public.”

Luther moody because of haemorrhoids 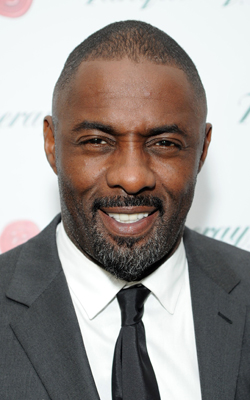 TV COP Luther is moody and dangerous because his piles are giving him terrible grief, it has been revealed.

The surly, borderline-psychopathic detective has a notoriously short fuse and is prone to dangling suspects off of high things by their ankles.

Viewers had assumed that this was because of his wife’s death and other dark things from his past, but actually it is because his arse is very sore.

Series creator Neil Cross said: “Critics have said the show is excessively brutal, but you have to understand that Luther’s backside is absolutely killing him.

“Why else do you think he makes that face all the time?

“The piles thing is the major story arc this series. The evil cops trying to take Luther down discover this Achilles heel and hide his Preparation H.

“The combination of a fetishistic serial killer on the loose and a throbbing, un-anointed anus threaten to send Luther over the edge.

“Also he doggedly refuses to increase the amount of fibre in his diet.”

However Cross refused to reveal whether Luther would face his ultimate fear and go to hospital for the notoriously painful ‘piles operation’.