A MAN who tried to help someone has been comprehensively mocked and criticised for it.

After giving £10 to a homeless man for a bed in a hostel, office worker Tom Logan has been accused of everything from being a gullible arse to a sort-of drug dealer.

Logan said: “When I mentioned it in the pub I everyone reacted as though I’d decided to join ISIS. My friend Paul laughed in my face and said I was a ‘mug’ and the homeless guy would have been laughing at me as he prepared ‘a nice big syringe of smack’.

“His girlfriend Lucy said that if you’re going to give them anything it should be a packet of Biros to fill in job application forms.

“Then they raised their eyebrows at each other as if to say ‘he is a fucking idiot’.”

However Logan said he would think twice before giving money to anyone again, especially after Lucy described reading an article saying charities spend 99 per cent of their income on administration.

Logan added: “Today I’ve learned that compassion is a flaw. Better just to spend money on beer, nobody seems to have a problem with that.”

Woman completes ‘colouring in’ book then burns it in garden 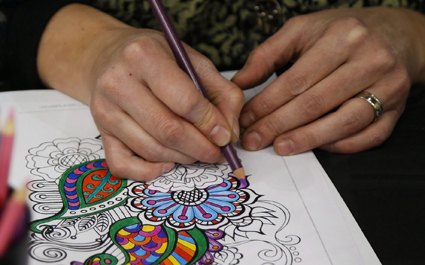 A 32-YEAR-OLD woman has coloured in a book of pictures, then had a moment of clarity and burned it.

She said: “Over the last year I’ve coloured in literally thousands of highly detailed wildlife illustrations.

“I’ve got all the books from Rainforest Wonderland and Undersea Realm to Forest of the Relaxing Voles. Even Delightful Swirly Patterns, which as the name suggests is just swirly patterns.”

However after Hollis spent the morning colouring a drawing of an owl in various shades of mauve, she realised it was a total fucking waste of time.

“I took the owl picture, and all my other colouring in, and I calmly tore it up. Then I cleared an area of lawn, made a heap of shredded paper and poured barbecue fluid all over it.

“I could see many colours in the flames. The colours of a new life.”

She added: “Then the Amazon delivery man came with my new colouring in books, including Unicorn Island II: Land of Whimsy which looks really good.”