DEVELOPING an interest in the Second World War is a telltale sign of ageing in men, scientists have confirmed.

Professor Henry Brubaker, from the Institute for Studies, said: “Early signs include a curiosity about all films and TV programmes connected to the war.

“But as time goes on the average adult male will fill his bookcases with a number of books about Nazis that would otherwise incriminate a politician or disgrace a royal.

“By the time he’s in his early forties a man will have a nuanced understanding of the myriad factors that triggered the conflict. And by his 50s he will have a toxic respect for Erwin Rommel, who he will affectionately refer to as ‘the Desert Fox.’

“Finally, as he nears the end of his long life, a man will jettison all information from his brain that isn’t connected to the Second World War. He may even believe that he fought in the war, and dream of travelling back to the glory days by making bizarre voting choices.”

Prof Brubaker added: “Other signs of ageing include using the phrase ‘good piece of kit’, spending increasing amounts of time in a shed, and hitting on daughters-in-law.”

We call them 'shaggin' wagons', say retirees with campervans 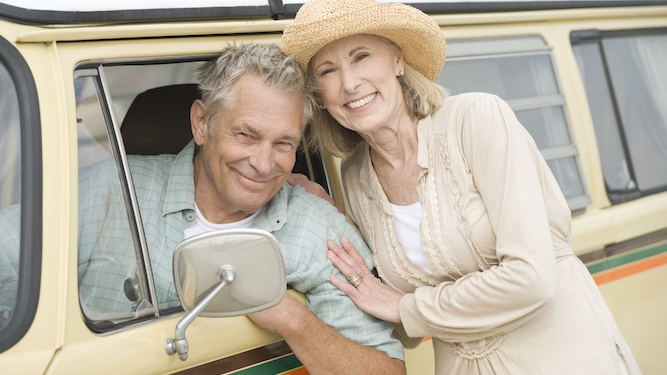 RETIREES have confirmed they love campervans because of all the non-stop freaky sex they enjoy in them.

Roy and Sheila Hobbs from Nantwich have been the proud owners of the converted campervan they call The Big Red F**k Machine for eight years, and admit they have had more sex in it than their children could bear to imagine.

71-year-old Roy said: “Our lovemaking at home had gone very stale but in the caravan we are filthy beasts who don’t know when to stop.

“I know when Roy’s feeling lustful because he leaves the concertina door to the bathroom open when he’s showering. The smell of his Sanex combined with the wafts from the chemical toilet is quite the aphrodisiac.

“If you see two or more campervans parked together? Swingers. And the Camping and Caravanning Club? There’s a reason you have to be members.”

Son Darren Hobbs said: “Last time they visited they stayed in the van on the drive to save us the trouble of putting them up. The noises I heard. I’ve been diagnosed with PTSD.”