Giant Jaffa Cake could be used to drive people insane

A MASSIVE £7 Jaffa Cake could be used in psychological manipulation, it has been claimed.

The Jaffa Cakes ‘Big One’ is the size of an actual cake. But experts have warned that the product’s surreal nature could be used to drive vulnerable people past the edge of sanity.

Psychologist Tom Logan said: “Suppose a philandering husband is trying to drive his rich wife mad so he can pack her off to a mental hospital, like in a Hitchcock film.

“She’s in bed on the verge of a nervous breakdown, then he comes in all like ‘I thought you’ve like a cup of tea and a lovely Jaffa Cake’. Except the Jaffa Cake is as big as her head.

“The wife would be like ‘what the hell is that?’ to which the husband replies ‘it’s a normal Jaffa Cake, why?’

“At that point her mind would snap, by tea-time she’s jumped off the roof and he’s away in the convertible MG with his secretary.

“So you see, the weirdness of scaled-up confectionary means that it could be deadly if it fell into the wrong hands.

“Also it’s bound to re-ignite the debate on whether it’s a cake or a biscuit. Who gives a fuck?”

Mother-of-two Eleanor Shaw said: “I think it’s ok provided you keep a normal Jaffa Cake next to it at all times, to give a sense of proportion.

“Otherwise you might start to think you’ve been shrunk by gamma rays.”

The Mash guide to not talking about Thatcher 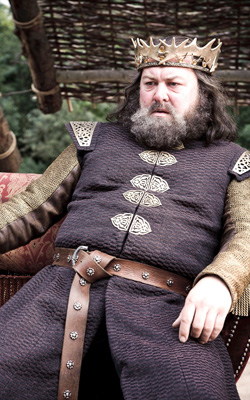 IT has been 24 hours since the Great Passing and many people are now extremely bored and ready to move on.

The Daily Mash presents a laminated* eight-point guide to diverting conversations away from Margaret Thatcher and her divisive legacy, blah, blah, fucking blah.

1) If someone says, ‘she saved Britain’, tell them that you are having an affair with their partner. And that it’s ‘very dirty’.

2) If someone says ‘she did good things and bad things’ say: “I once saw her topless.”

3) If someone uses the phrase ‘tramp the dirt down’, say: “Did you know George Galloway bought a luxury villa in Portugal and used to write for the Mail on Sunday?” You can then talk disparagingly about Galloway for a few moments, until everyone agrees that he’s a c*nt.

4) If, because of some bad planning, you find yourself at a fancy drinks party, talking to a Conservative, say: “Go and get me 14 of those mini pizzas. NOW!”

5) If someone says ‘my grandad was a miner’, put on a ridiculous ‘ecky-thump’ accent and dance about like a monkey until they chase you from the room.

6) If you meet someone who works in the City and they start getting all emotional about her, give them a leaflet about penis pumps and then kiss them on the forehead.

7) If someone says ‘poll tax’, say: “I thought the pole tax was a good idea. People have too many poles.” And then – no matter what they say – continue to argue with them using ‘pole’ instead of ‘poll’.

8) If someone mentions the Falklands, open your shirt, pull out some lipstick and draw a penguin on your torso. Then point at it and say ‘exactly’.

*As Margaret Thatcher once said: “Laminate it yourself.”