A MEDIA watchdog has ruled that giving a rabid Australian complete control of Britain for the last four decades was not in the public interest.

The decision to hand all major functions of government over to Rupert Murdoch in 1978 was, according to Ofcom, made without proper consultation and has ultimately been to Britain’s detriment.

A spokesman said: “Elections are messy, no doubt about it, but letting the Sun newspaper decide every prime minister since 1979 has caused its own problems.

“Likewise, the relentless pursuit of an extreme right-wing agenda to remove all rights from individuals, awarding them instead to corporations, has actually made ordinary Britons’ lives measurably and provably worse.

“When we look back over 40 years and every key disaster, from the poll tax to the Iraq war to Brexit, has been made by Murdoch while the British people pay the price, we have to recommend that control be returned to the people.”

Following the ruling, culture secretary Matthew Hancock announced that Ofcom was dissolved without further notice and cleared Sky’s hostile takeover of the BBC. 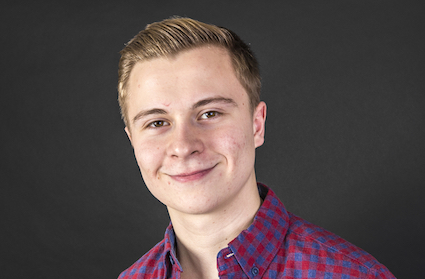 A TEENAGER has aroused the suspicion of his parents after emerging from his bedroom in an uncharacteristically good mood.

His mother, Emma Booker, said: “The Tom I know is a moody, unpleasant little arse, so why the sudden shit-eating grin on his face? What’s he up to?

“I’ve got half a mind to snoop, but I hate going into his room because it reeks of him trying to cover up whatever the hell he’s been doing in there with copious amounts of Lynx Africa.”

Tom Booker said: “Honestly, it’s just a beautiful day. The sun is breaking through the clouds and I just really appreciate everything my wonderful mother does for me.”

Emma Booker added: “See? That’s fucked up isn’t it? I just hope it’s something harmless, like a weird sex thing or soft-to-moderate drugs.

“Oh Christ, what if it’s Scientology?”