Gove reminds everyone how pointless the Queen is

MICHAEL Gove today called for everyone to get annoyed about the Queen’s unrelenting pointlessness.

The education secretary raised the prospect of buying the Queen a giant boat, reminding the country that it really needs to do something about this nonsense.

In a letter to the department of yachts, Gove said: “In the midst of recession there is always a risk that people focus too much on their own lives and forget how much money the Royal family has accumulated over the years for doing absolutely nothing.

“Perhaps the commissioning of a £60m boat would bring this situation into sharp relief as well as commemorating the Queen’s remarkable achievement of breathing in and out since 1952.”

But defenders of the monarchy attacked Gove, with some calling for him to be tried for treason and then hung in front of some tourists at the Tower of London.

Denys Finch-Hatton, editor of Mike’s Peerage, said: “Gove is nothing but a grubby communist agitator, getting people all worked up with his fancy letters.

“Meanwhile the Queen has shaken more hands than the combined number of hot dinners consumed by all the people who will build her new boat.

“And in between sitting on chairs, she even found time to provide the nation with three leeches and a horse botherer. I think we should build her a space ship.”

Bill McKay, professor of jubilee gift theory at Roehampton University said: “If the question is ‘what do you give the woman who has everything except a boat?’, the answer is not ‘a boat’.

Spurs fan to wake up in a damp bed 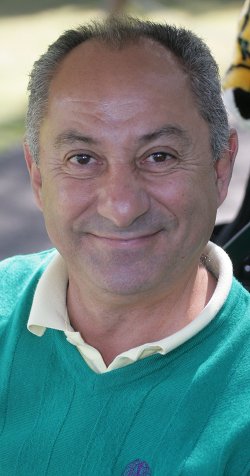 THE Tottenham Hotspur fan whose dream we are all part of will wake soon, blinking this universe out of existence, experts have claimed.

The impossible season took a further turn towards the somnambulantly weird yesterday after Arsenal were beaten 3-2 by Swansea before Thierry Henry turned into both Chas and Dave and led the away supporters in a singalong of There Ain’t No Pleasing You.

Footballologist Wayne Hayes said: “We’re all a dream currently being had by a fat, middle-aged taxi driver from Edmonton. Which explains the recent slew of racism.

Hayes has pinpointed the exact moment the dream world was created as being when Liverpool paid £35m for an upright shire horse from Newcastle.

His theory has been strengthened by Rafael van Der Vart’s hamstrings failing to shatter into a thousand tiny pieces and Joey Barton morphing into Alain de Botton.

But cracks are already beginning to appear in the Spurs fan’s world with a draw against Wolves on Saturday and it could soon be yawned into nothingness with a simple scratch of the balls.

Hayes added: “I just hope I get to fondle my sixth-form French teacher before it ends.”