Graduate looking for 'easy life' decides to be a teacher

A POLITICS graduate with no real ambitions in life has decided to give in and just become a teacher.

Tom Logan, aged 24, has resolved that working for a living is not for him and he will instead trade his 2:1 degree for a career of short days, 13 weeks’ holiday a year and watching the money roll in.

He said: “I considered several demanding career paths that would reward hard work and dedication, but in the end I just took the easy option.

“Secondary school, probably English or History though I did get a C in GCSE Maths so teaching A-level is an option. I imagine I’ll be the cool one.

“You know the drill: sit on a chair backwards, amaze them by knowing who Tupac is, inspire a few tough kids from the wrong side of the tracks into sharing their raw but brilliant poems.

“I’ll be inspirational all the way until half-three, then I’ll be straight in the pub because it’s more or less a part-time job.” 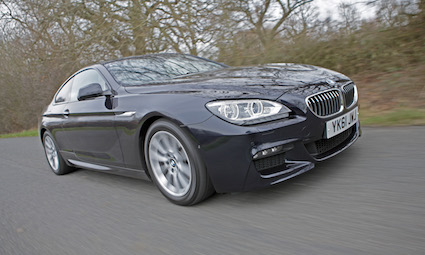 A MAN who drives a BMW is ‘sort of an okay person, once you get to know him’, it has been claimed by two people.

Martin Bishop, 43, described by both his wife and a friend as ‘not all that bad, really’, drives a BMW 6 Series, which he has named ‘Tiffany’.

Bishop’s friend Nathan Muir said: “He got me a birthday card last week and bought me a beer. Not at all what you’d expect considering he drives like an absolute fucking prick.”

Bishop’s wife, Justine said: “Martin is a great husband and father. He always helps the kids with the homework and he does his fair share around the house.

“The minute he sits in that driver’s seat, which he calls the ‘cockpit’ for some reason, he becomes a bit insufferable. Other than that he’s really quite nice. Or am I deluding myself? Is it all the wine?”

Bishop was unavailable for comment as he was ‘too busy giving Tiffany a good hosing down’.