Gran who won’t say 'bloody' in favour of mass deportations

A PENSIONER who cannot bring herself to say even the mildest swear words has no problem with rounding people up and deporting them.

82-year-old Mary Fisher will not say ‘bloody’ and confusingly shortens the word ‘bugger’ to ‘B’, but shows no such reticence about fascist-style immigration policies.

Fisher said: “All the effing and blinding these days is terrible. We need to go back to a more civilised society, with forced repatriation for all the scroungers who come here.

“I’d bring in compulsory ID cards and get the army to do house-to-house searches for immigrants and Eastern European criminals. Then it’s straight on a boat back to where they came from.

“I think we should get rid of all foreigners, not just the illegal ones. We’d have our country back and it would probably reduce the amount of swearing.”

Granddaughter Lucy Fisher said: “It’s very strange to see gran visibly uncomfortable if someone says ‘wanker’ on TV, then the next minute feel like you’re having tea with Sir Oswald Mosley.” 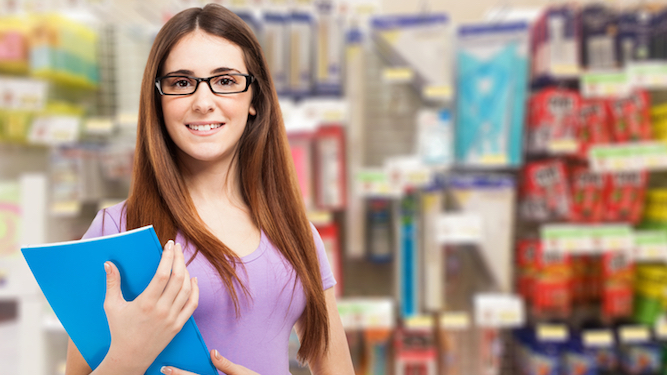 A WOMAN who bought lots of new notebooks and colourful pens is convinced her life will now stop being full of uncertainty and dread.

Susan Traherne admitted spending an embarrassing amount of money in Paperchase, but believes it was worth it because using a nice new pen makes her feel everything is alright for several minutes at a time.

Traherne said: “Filling in my floral-patterned week planner allows me to pretend I have a modicum of control over my terrifyingly unknowable future.

“And my crisp, clean jotter pad and expensive new rollerball feel like a fresh start in life. Maybe this year I’ll get the fulfilling job and loving relationship I crave and deserve.

“I can’t rely on people or politicians to make my life orderly and safe, but my limited-edition Moleskine notebook is a refuge for me to do some doodles of kittens.”

She added: “It’s possible the feelings of powerlessness and gloom will return, but it’s nothing some Moomin Post-it notes won’t fix.”